Dr. med. Bernhard G. Welker (orthomolecular medicine, gynecological endocrinology, prenatal diagnosis and prevention) undertakes a thorough analysis of Mastodynia. 29 patients, beyond hormone therapy and analgesics, tested the Dermovital therapy using it against chest pain in the period from 2005 to 2014. The Dermovital therapy is done by a hand-held device called Airnergy+ Stream, that looks similar like a computer mouse. Nearly 20 minutes the stream is placed onto the painful area of the body. The device sets by a process of natural photosynthesis and is producing energized bio-photons that improves a better cellular respiration. There is a sense of depth through the skin into the cell – up to the centre of the autonomic nervous system. The Airnergy+ Stream, produced in a certified production processes, is also proved on numerous other indications.

Welker ‘double-blind trial'' by a placebo and verum Airnergy+ Stream came up with amazing results. The placebo group has shown no effect at all. Contrary to this, 18 patients and that means 62 % have been painless after just one treatment – sometimes even for a year. Another 5 patients were painless after only two up to four treatments, 4 patients confirmed a pain relief and only 2 women without effect. Overall, the study is showing an exceptional treatment success rate of 93 %.

Dr. Walker is convinced that the Dermovital therapy will be a part of each well organized medicine chest, sooner or later. “Cause by inflammatory forms of mastodynia the results of this pilot study suggest the Dermovital therapy as a good treatment option. Effective, simple and without side effects this method should find a proper place in the spectrum of our holistic treatment options”. 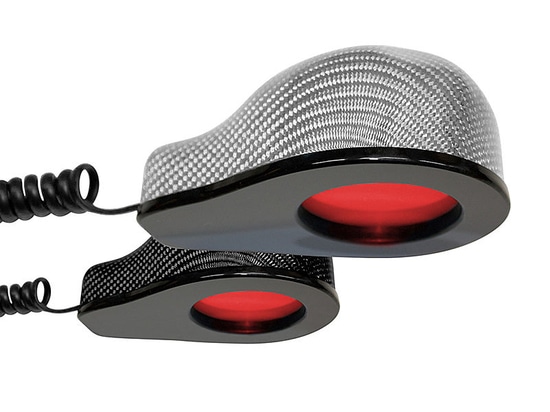 Now in a completely new design

AIRNERGY's Cheops helps to stimulate the body’s own regulation mechanisms AIRNERGY's Cheops helps to stimulate the body’s own regulation mechanisms
The sooner begins the therapy of hypertension, the more complications later should be avoided. The aim: blood pressure normalization; the discharge of a possibly permanently overstressed heart and protection against further injuries.This is when AIRNERGY and Spirovital therapy comes into action! There are references and reports from all over the world useres of this therapy the RR-values (RR = Riva-Rocci method) have been improved significant only after 2 months application and even a cut down on medication intake could be atteined. Other people concerned wrote a RR-normalization emerged after only a 7 months application in everyday use and even before there was a constantly problem with pills intake. Achievable aim: significant reduction of blood pressure value and possible strong reduction of drug treatment by pills or drugs (up to cessation)!