From pilot project to permanent operation

Hermes C is the youngest member of the cab product line. It has been designed to print two-color labels and dispense the labels on products or packaging. The print and apply system had its initial industrial application at TFL France in June 2015. Today, several Hermes C systems ensure that bags and barrels leave the company site compliant to all valid regulations. Contents of the containers: chemical substances for leather production. Destination of the containers: tanneries all over Europe

Powder and liquid mixtures for the depilation, fleshing and dressing of animal skins and for their tanning have to be registered according to REACH. As regards their labeling, the CLP regulation and GHS demand standardized icons. Imperfectly printed danger symbols, for example blank rhombs, are not permitted. With Hermes C it is possible to mark all shapes of packaging with two colors in one operation. At TFL France in Huningue bags, barrels and the product assurance with stretch foil on the pallets need labeling.

We start our on-site tour at a packaging line in which a salt mixture is filled in 25 kilogram bags. The mixture is later used as an alkalizing agent in chrome tanning.

Labels are applied to the empty bags directly in the line via Hermes C with stroke applicator and a tamp pad. In detail this is as follows: The tamp pad is positioned above the peel-off plate. The label is held by the applicator during the printing process. A short stroke cylinder turns the pad to the labeling position. By means of the stroke cylinder the label is placed on the bag. The cylinder stroke defines the maximum distance from the peel-off plate to the bag.

We go to another hall to see another type of container and physical state of materia. At a filling line 200 liter plastic barrels are passing by on a conveyor belt. The labels on the barrels display Borron® LB, a complexing agent used in the wet process in a beamhouse. Each barrel that arrives at the labeling station has already been automatically filled in the line, provided with a lid and screwed.

Labeling on barrels requires different demands on Hermes C. Each barrel needs to be marked with two labels, not from top but from the side. Hence, Hermes C has been horizontally mounted. A roll-on pad has been chosen as transfer module, because the barrels to be marked are round objects. The roll-on pad sets the left margin of the label to the barrel. At the same time the rotary table, on which the barrel stands on the conveyor belt at this moment, starts to rotate. During the rotational movement, the label is completely rolled on the barrel.

From here, the barrels are further conveyed to be finally loaded on pallets. The pallet is sealed and secured with foil and the bundle gets likewise labeled for transport.

TFL at a glance

TFL as a corporate group has 19 sites in 14 countries on three continents.

TFL France has 150 employees in Huningue.

As regards marking, TFL France and cab have a special partnership. TFL had already been launching customer with the two-color printers of the XC series. To simultaneously print two colors on a label two thermal transfer print units are arranged in-line – a principle adopted by Hermes C. With the XC printers TFL France met the requirements for the Classification and Labeling Inventory according to GHS. The printed labels were stuck to the containers manually by the employees.

In 2013 TFL France decided to take another step forward by automizing the packaging and filling processes of bags and barrels. We want to learn more about the project and therefore ask TFL France CEO Daniel Jardot.

Mr. Jardot, talking about the integration of fully automated two-color labeling – how did it start?

Jardot: With enthusiasm and confidence. June 1, 2015, had been the deadline set by the legislator for the final changeover to the CLP regulation. In collaborating with cab we saw best prospects to have by then fully automated labeling integrated in the automized filling and packaging lines in Huningue.

What have been your main objectives?

Jardot: Such a system requires less resources. Process safety increases. With manual processes it can never be excluded that labels are not or incorrectly stuck. This may have a major impact on our business where we have so many regulations. By process automation we avoid such danger.

How long did it take until practical implementation?

Jardot: Two years, to be precise. We had to be absolutely sure that the operational systems and data warehouse applications interact directly. An interface was to be created connecting automated machines, printers and the SAP database. The production management, quality and safety divisions as well as the ICT have been involved in this project from the beginning.

What requirements did you define for cab?

Jardot: There were different ones. GHS demanded two-color printing. For us it was important that the bags and barrels are labeled directly in the line taking into account the product speed respectively the speed of the conveyor belt. The labeling process must not interfere with the production volume. Flexibility was also important. To be compliant with the CLP regulation, we have to provide risk information for every European country.

Were your expectations met?

Jardot: When I see our automated labeling today, I can say that all effort was worth it! In the beginning of 2015 we started with the automation of the powder mixtures application. Time was short because already in June the CLP regulation started. cab delivered the systems in time. We had no interruption of production and the goods could be delivered to the customers without delay. In July we then started stage two, the barrel filling process. Both applications, the labeling on bags and the wrap-around labeling on barrels, were realized in close collaboration with the machine suppliers.

How are the printers connected to the database?

Jardot: With the middleware Database Connector adapted to our requirements, the printers pick up any necessary data from the local production server. This server is directly connected with the SAP database. Simultaneously with the printing process, data can be rewritten and modified. We are thankful to cab for making this solution possible. 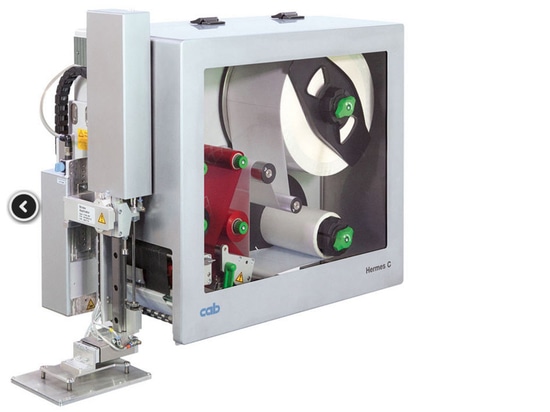 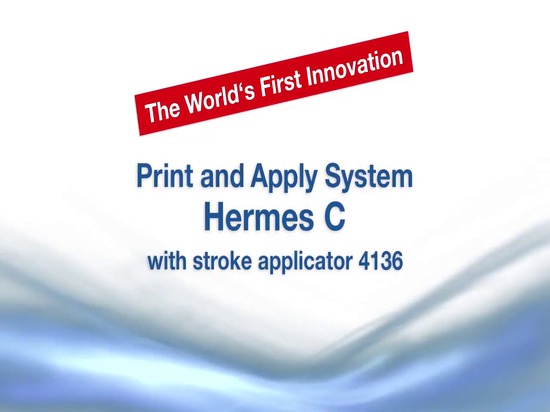 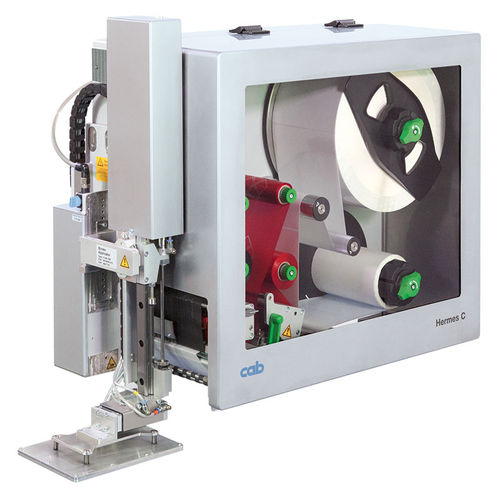 On a flying visit at the distribution center

OSIANDER was founded in the 16th century, at a time when pamphlets, hymns and chapbooks were popular. So OSIANDER is one of the most traditional bookstores in Germany. And it is one of the largest, too: Today, the OSIANDER web catalog provides customers with more than eight million books on all topics. Printed on paper or as ebooks. We headed to the „heart“ of OSIANDER,... 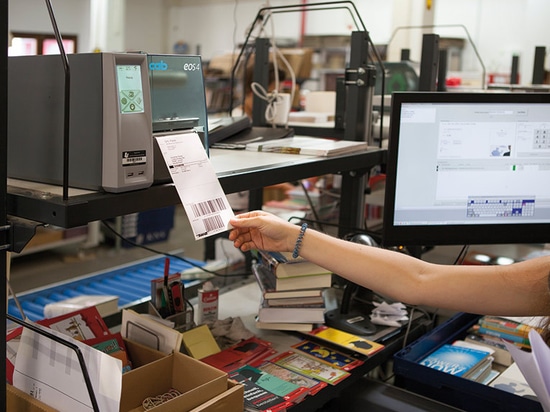