Anemia, a disorder characterized by a lower-than-normal red blood cell count and insufficient hemoglobin levels, affects approximately 25% of the population or 1.6 billion people worldwide.[1] Iron-deficiency anemia represents the most common etiology; however, the causes are diverse and can be based on a patient’s health and/or geographic status,2 for example, disease, infections and malnutrition are leading causes of anemia in developing countries.

Blood loss, poor red blood cell production, or elevated rates of red blood cell destruction may cause anemia. Women of childbearing years represent one of the highest risk groups for developing anemia, being affected by blood loss due to menstruation or increased hemoglobin needs due to pregnancy.

Hemoglobin is the iron-containing protein molecule in red blood cells that carries oxygen from the lungs to the body and carbon dioxide back for exhalation. Guided therapy using hemoglobin concentration measurement and monitoring can be an effective approach for managing anemic patients, forming the basis for an individualized, tailored form of treatment.

The most at-risk patients for developing anemia:

There are numerous risk factors for anemia, including age, gender, geography, and health status. Gender and age are perhaps one of the biggest risk factors for iron-deficiency anemia, with women and children having a higher likelihood for developing anemia.

Also, increased blood loss, as in the case of surgery, heavy menstruation, or increased demand during multiple pregnancies, is a common predictor for anemic risk. Young children are also at a high risk for anemia due to lack of iron-rich food choices while having elevated hemoglobin needs to manage their growth at the same time.

Toddlers and children of preschool age have the highest prevalence of anemia at 47.4% of their population group according to the World Health Organization (WHO), largely due to nutritional choices.[1]

Children require more iron for growth and development, yet many children receive less than their recommended daily value. Children in this age group often receive a good supply of dairy, yet this food group is deficient in adequate iron and can ultimately increase the child’s risk of developing iron-deficiency anemia.[5]

Iron-fortified foods, like commercial cereals, are recommended to children aged 6 months and older to help reduce anemia risk. Cow’s milk should not be the sole milk choice for infants 12 months or younger.

Due to blood loss experienced through menstruation and the greater demands on the blood supply for the developing fetus during pregnancy, women tend to suffer from a high rate of anemic risk, with a global prevalence of around 42% within their population group.[1] Women of childbearing age are the population with the most affected individuals, with an estimated 468 million being non-pregnant women, according to WHO[1] and are the highest at-risk population group for iron-deficiency anemia.

Long-term illness can also increase a patient’s risk of becoming anemic. Diseases such as diabetes, kidney disease, cancer, HIV/AIDS, inflammatory bowel disease (IBD), and cardiovascular disease have been associated with higher prevalence of anemia. Malaria, schistosomiasis and hemoglobinopathies are other main contributors. [6,7,8,9]

Bleeding of the gastrointestinal tract is a common factor causing anemia, as is bleeding from surgery or injury. In these cases, hemoglobin levels should be monitored via hemoglobin analyzers in order to guide treatment course. Supplementary iron may be helpful for combating anemia, patients should seek advice from their medical consultants.

The incidences of malnourishment, infections, disease, and frequent pregnancies all play a role in the greater anemia risk for people living in developing nations.[4] Expanding initiatives that include nutrition and pregnancy support have been proposed to help fight the prevalence of anemia in these countries.

Increasing oxygen that the blood can carry via increasing hemoglobin is the primary goal of anemia treatment. Addressing the underlying cause(s) of anemia in the individual patient, is the most effective approach. The often multifactorial nature of anemia this may require an integrated therapy, including the treatment of disorders and improvement of the patient´s iron status.

Treatment may include adjusting nutrient quality by increasing the intake of nutrient-rich foods and using vitamin supplements to improve the absorption of iron. Iron supplementation is the most common treatment method for iron-deficiency anemia. Vitamin C, which helps patients absorb iron, may also be used in a treatment protocol.

Folic acid, particularly important for pregnant women, as well as vitamin B12 are also key nutrients that many physicians use as part of their protocol to approach anemia. To guide a successful treatment program, healthcare professionals may require the use a hemoglobin analyzer to determine precise hematological needs.

Anemia, particularly iron-deficiency anemia, remains a major issue worldwide. While more initiatives are put in place to prevent anemia, focusing on better nutrition and iron-fortified foods, an increasing and ageing population as well as an increased in the years lived with disability keeps up the challenge.10

Designing a proper treatment approach that is individualized based on the patient’s health status relies on precise and accurate hemoglobin testing. Hemoglobin testing can be an efficient, helpful method for these at-risk individuals to determine their current anemic status as well as their treatment needs.

Tools such as the EKF Diagnostics’ hemoglobin analyzers are commonly used in the clinical setting to provide quantitative hemoglobin readings within seconds of testing, offering almost instant insight into a patient’s state of health and providing tight monitoring and success control during the treatment course.

- Approximately 20% of maternal mortality is attributed to anemia, according to the World Health Organization http://www.who.int/nutrition/topics/ida/en/ 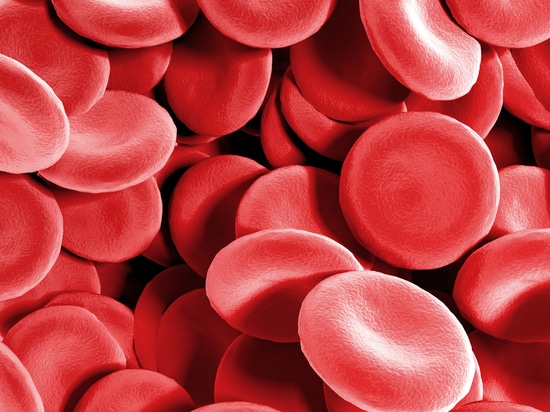 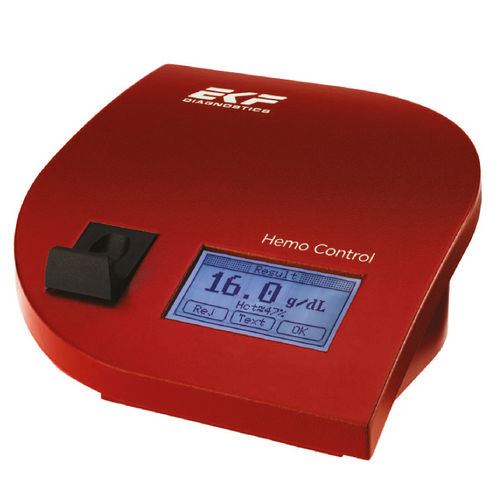 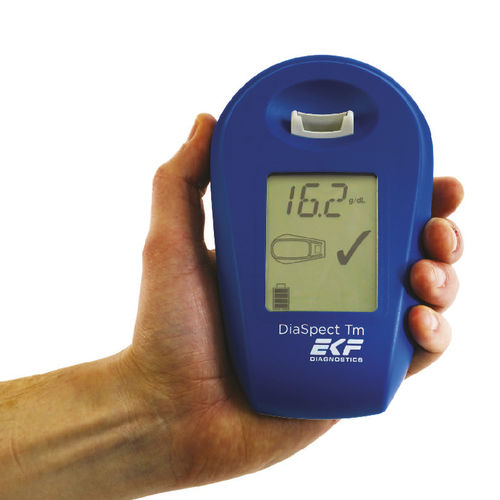 EKF Diagnostics announces that it will be demonstrating its new STAT-Site® WB dual analyte measurement system at the 2021 AACC Annual Scientific Meeting & Clinical Lab Expo. As EKF’s first face-to-face event since COVID-19 restrictions began, this will be the premiere of the new handheld analyzer for reliable and efficient β-ketone and glucose measurement from whole bloo...

EKF Diagnostics announces that it will be exhibiting live & in person at Medica 2021 (Hall 3 Stand B71) for the first time in mainland Europe in two years. EKF’s presence at this show will give visitors the opportunity to catch up with its industry specialists face-to-face and see the recently launched STAT-Site® WB β-ketone and glucose handheld analyzer on its first pub... 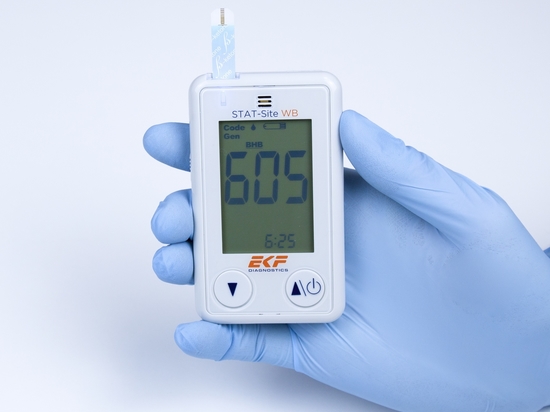 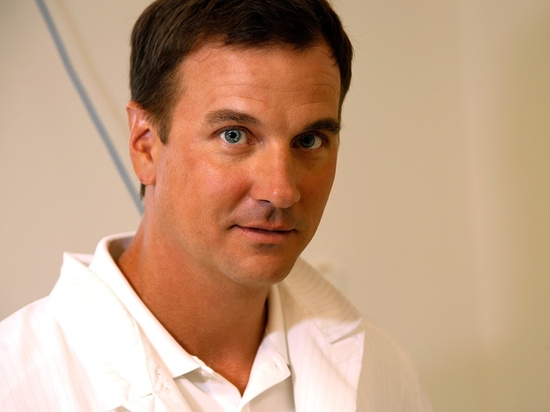 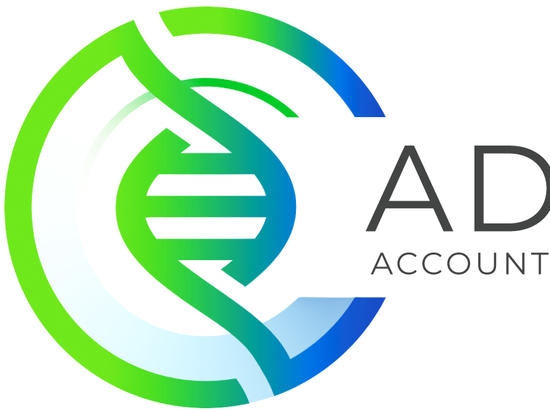