Visionary gerontologist and stem cell scientist Michael West has been a leading figure in the field of regenerative medicine since its inception. In the early 1990s, he founded Geron Corporation, where he oversaw several crucial breakthroughs in aging research, and set up the collaboration that led to the first isolation of human embryonic stem cells. He is now CEO of BioTime, a Californian company that aims to lead the regenerative medicine revolution. We caught up with West to find out what he

It wasn’t the school system that shaped my career choices

For me, it was the movies that first made me want to be a scientist. I was born in 1953 and grew up watching films that portrayed science as a powerful force – a force that could unlock the mysteries of nature. It was the era of the nuclear race and Sputnik, and I was surrounded by images of atomic explosions and rockets taking off. By nine years old, I had a laboratory in my garage and knew I was destined to be a scientist. In college, I gravitated towards medicine, as the field of science that could most profoundly affect the human condition.

The process of aging is one of the great unsolved problems

Aging is a universal process – it happens to everyone – and yet when I started my research career, we had very little understanding of how or why. While working on my Master’s degree, I saw a TV show featuring children with progeria, the premature aging syndrome. The children suffer from a young age with many of the classic diseases of aging – heart disease, osteoporosis, cataracts, and so on. At that time the exact cause was unknown but it was clear that it was a genetic disorder. That brought it home to me that the aging process was controlled by molecular mechanisms. And if there were mechanisms, I reasoned that they could theoretically be targeted.

In those days, if you said you were trying to understand aging to intervene in age-related diseases, people immediately labeled you as a kook. If you wanted to be taken seriously, you had to say you were studying cellular aging. I thought it was absurd – after all, what hurts people more than aging? Luckily, I’m a contrarian; I love it when people say, “it’s crazy”. I was determined that someday viewpoints would shift, and I’m happy to say that we’re now in the midst of a long-overdue upswing in aging research. Research goes in cycles – back at the turn of the millennium, suddenly everyone wanted to study pluripotent stem cells, despite little previous interest. Now everyone is interested in the biology of aging, and of course the congruence of stem cells and aging.

Immortality is a misunderstood term

Part of the distrust of this type of research is a misunderstanding about terminology that goes all the way back to the 1800s. August Weismann, the German naturalist, built on Charles Darwin’s theory of evolution by proposing that if the reproductive cells transmit hereditable traits from generation to generation, then those cells must proliferate as a lineage of cells indefinitely. However, the non-reproductive (somatic) cells in the body lose that ability and have a finite lifespan. He called the reproductive cells “immortal”. The term was not popular with some scientists of the time, who disliked its connotations of eternal life, and argued vehemently against it. But the term stuck and now we refer to cells that replicate without limits (stem cells, reproductive cells, and malignant cancer cells) as immortal, while those with a finite lifespan (all human somatic cell types) are termed mortal.

When pluripotent stem cells were isolated in the 1990s, we talked about these cells being immortal, and therefore an infinitely renewable source of cell types of all kinds. But people often make a leap and assume that we are talking about making human beings immortal.

At Geron, the company I founded in 1990, our first goal was to clone the gene for the active component of telomerase, to confirm our theory that the enzyme plays a key role in cell aging. It took several years and upwards of 40 million dollars but, finally, we got there. On the day of the first crucial test, I handed the team a panel of RNAs – some from mortal cells, some from immortal cancer cell lines, and one from the testes. We gathered around the screen and watched as the imaging results slowly appeared. It was a magic moment – the pattern was exactly as we had predicted, with no band in the mortal cells, a band in all the cancer cells, and the strongest signal in the testes.

Another big breakthrough came when we were able to immortalize a human cell by transfecting it with the telomerase gene. Renowned gerontologist Leonard Hayflick visited the company and donated a piece of skin from his leg for the experiment. Hayflick was dogmatic about the fact that we would never be able to intervene in human aging, but his cells ended up being the first to be immortalized.

Scientists can be blinkered

It’s amazing to me that most people didn’t immediately see the therapeutic potential of stem cells. When I first heard of the mouse embryonic stem cell, I immediately thought they were magical – the idea that cells could be cultured in a dish and turned into mice. Human embryonic stem cells, if they could be isolated, were predicted to be an infinitely renewable source of all the body’s cell types. And because they can be expanded indefinitely, you can genetically modify a single cell precisely and expand it into a whole new population of cells. I saw this as a very powerful platform technology. Now, there are tens of thousands of papers on PubMed using the search term “pluripotent stem cells”, but back then most scientists either simply hadn’t considered the therapeutic implications – or were focused on one narrow area.

I was collaborating with Roger Pedersen, who was then at the University of California, San Francisco. One day, I mentioned the idea of isolating human embryonic stem cells, and he just stared at me. I thought maybe I had offended him. A few years later, Bill Clinton had signed legislation that banned federal funding for research that destroyed human embryos, and Pedersen called me and said, “Do you remember some time ago you mentioned this idea of making human embryonic stem cells – would you be willing to fund it?” As it turned out, Roger was staring at me in silence that day, not because he was offended by the idea of human embryonic stem cells as a source of cells for transplantation, but because he shared my vision. He understood exactly how important this could be for medicine.

I left Geron in 1998, but in 2013 I led efforts to acquire Geron’s stem cell assets in my current role as CEO of BioTime, Inc. When Geron stopped work on their OPC1 therapy for spinal cord injury, a lot of people assumed that there must be a safety issue or that something wasn’t working. It certainly had a tough road to clinical trials; it was the first clinical trial of a human embryonic stem cell-derived therapy so they had to work with the FDA to set the ground rules on safety, and trials were put on hold a couple of times. But I knew there were no skeletons in the closet, so we were thrilled to acquire those assets. As well as the clinical trial data from OPC1, Geron had pre-clinical data on numerous other applications, from diabetes to heart failure to cancer vaccines – plus, probably the largest set of intellectual property assets of any company in the sector. Today, that work continues in our subsidiary Asterias Biotherapeutics. Geron never got past safety studies, and were using tiny doses of OPC1 – Asterias is now carrying out dose-escalation studies and administering therapeutic doses to patients.

In business, expect to face criticism for any and every decision

Some people have said that it’s crazy for BioTime to have so many subsidiaries, but our reasons are twofold. Firstly, many subsidiaries are a reflection of acquisitions; secondly, there are so many disparate applications. A company using stem cells for drug screening, for example, is a very different kind of business to one that aims to treat patients. Could we do all of these things within the parent company, BioTime? Yes, but we made a decision that we believe creates the most value for our shareholders and accelerates progress, and that means having several companies running in parallel.

We don’t talk much about it, but we’re working on something now that I think will be massive – I call it “induced tissue regeneration.” Just as you can induce pluripotency by adding specific gene products to a cell, I believe you can induce an adult cell or tissue to regenerate. Everyone knows that some animals, like salamanders, can regenerate whole limbs. It seems obvious that the mechanisms of regeneration in these animals are the same mechanisms that form the tissue in the first place – they just never turn it off. Human embryos also have the ability to regenerate to some extent – for example, prior to eight weeks of gestation, human skin has scar-less wound repair. Once embryogenesis is complete, these pathways get turned off and scar tissue is formed whenever certain tissues and organs are damaged. We believe that the genes that control tissue regeneration can be identified and used therapeutically to reintroduce the regenerative potential that exists during development. To that end, we announced a collaboration with Insilico Medicine to use artificial intelligence to analyze large amounts of transcriptomics data to compare early embryonic development with adult cells and tissues. I think the impact of induced tissue regeneration on medicine will be even be more powerful than the stem cell approach, because it exploits an intrinsic ability of the body.

My experiences have made me more certain than ever that science can uncover mysteries of nature that we couldn’t have imagined – and unlock their power. And we’re not finished yet – I believe there are still a lot of surprises to come. 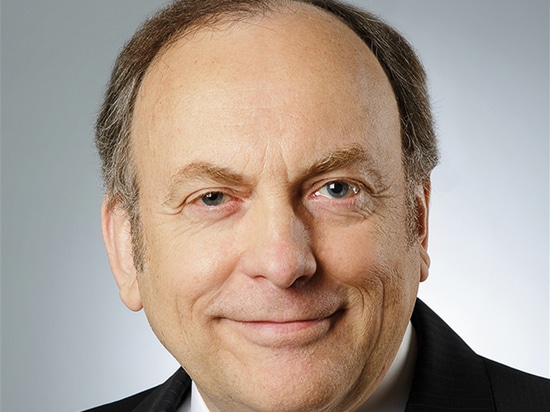