Tomosynthesis is under international review, with a surprising number of enticing studies carried out in Northern European countries, among them one headed by Professor Sophia Zackrisson at Lund University, Sweden. In our interview, she not only revealed surprising trial results, but also shared her thoughts on practical implementation and unusual speed-reading methods.

Our institute’s connection to tomosynthesis goes a long way back,’ explained Sophia Zackrisson, senior consultant radiologist at Skåne University Hospital. ‘We began to try out a prototype unit from Siemens as early as 2006 under my mentor Ingvar Andersson, a well-known breast radiologist and researcher. We were, and still are, positively surprised by the technology’s benefits, especially in terms of eliminating the so-called overlapping tissue effect.

We were quite sure that tomosynthesis could have a major impact on screening, so we started some initial smaller studies. Yet, to really prove its effects, we needed data on a much larger scale, so we set out to implement a prospective trial. When we decided on the basic outline, we reviewed the principles of screening: it should be acceptable for the population, should be fast, and should be safe. So, we decided to use a very simple protocol and show that it is still feasible to gain the same or even better results with one-view digital breast tomosynthesis (DBT) than two-view DBT + digital mammography (acquired or synthetic) as compared with two-view digital mammography (DM). We used the Siemens Mammomat Inspiration, but actually read the images on our regular Sectra PACS system.

We screened nearly 15,000 women over several years. Our participants were recruited from the regular screening population in Malmö, where according to Swedish recommendation every woman between 40 and 74 years of age is invited in different intervals for a preventive screening. Participants received the regular two-view mammogram first and then were screened with one-view DBT and reduced compression, a special feature of the trial.

We collected a huge amount of data; and our most important results were that we not only found more predominantly invasive cancers in all density categories but that the detection rate with one-view DBT was 34 percent higher than with DM. When starting out, we were hoping for a 10 or maybe even 15 percent increase, so we were very happy when the results showed such a powerful augmentation.

We were also astonished that the detection was better in all densities including quite fatty breasts and not just in dense breasts. It shows that you do not need much overlapping tissue to hide a spiculated tumour. Furthermore, we were happy that we could reduce the compression in the DBT part of the trial by up to forty percent without losing valuable image quality. This could positively affect future screening attendance rates, since many women refrain from going because they fear the painful part of the examination.

Another positive effect we came across concerned the radiation dose. We were able to use a 15 percent lower so-called average glandular dose for one-view DBT than two-view DM. Though radiation exposure has lost much of its significance in discussions, since we could strongly reduce dosage over recent years, it is still a valuable accomplishment if we can improve our results and lower radiation exposure at the same time.'

How can DBT image reading time be decreased?

There is powerful potential for improvements out there, but we also should not forget that reading images has always been a matter of training and experience

‘If I had an answer to that, I’d probably be rich. It’s a difficult question with no clear-cut solution. However, there are several promising studies and approaches. One way to shorten reading time could be to use the so-called slabbing technique, where thinner image slices are combined in thicker slices to reduce the image volume.

Hotly discussed are also developments including AI and Deep Learning. I myself would like to navigate easier in the tomo-stack, so a CAD system that indicates important features or lesions would be much appreciated. I could also imagine a system trained on a big data set that gives you a rating of probability of malignancy to be beneficial. So CAD and AI are very likely the way forward to assist radiologists finding the relevant parts in the DBT volume more quickly.

Another interesting experiment was conducted recently: Our research group used an eye tracker to see how fast readers were finding lesions in differently presented DBT images, and found out that, when DBT images were displayed horizontally, the radiologists read them a lot faster, because their eyes were more adjusted to the horizontal alignment.

There is powerful potential for improvements out there, but we also should not forget that reading images has always been a matter of training and experience. It’s not unthinkable that we can reduce time and improve sensitivity and specificity significantly simply by working with DBT on an every-day basis. It has almost become a proverb by now, but we really need more studies in this area.

If you start using DBT in your own practice, you soon notice how many cancers you miss with 2-D only and usually that’s enough to convince people

There’s still a lot of information to analyse from the trial, such as biological tumour characteristics. But, we are also planning to execute a meta-analysis of three studies in the first step – the STORM, Oslo and Malmö trials – including even more trials along the way to get influential results and see if we can show, for example, a common decrease in interval cancers.

The question that always comes up is: are we going to implement tomosynthesis in screening? Ultimately, I don’t know, but I am positive that it could happen. Breast cancer screening is one of the best screening programs we have in Sweden, but DBT could enhance it even more. It will be a long journey, but I’m convinced that, if you want to improve, tomosynthesis is an easy way forward. You just replace a unit in the same building in the same room with the same technologies and receive better mammography. People only need to be convinced of the benefits.

If you start using DBT in your own practice, you soon notice how many cancers you miss with 2-D only and usually that’s enough to convince people. Tomosynthesis is not perfect and we should not have blind faith in it, but it’s a great screening tool for a vast majority of average risk women. Personally, I think that a grass roots approach would help. Start in several places by installing units in different centres and invite radiologists to try them out. When using it yourself, you really understand what the technology can give.’

Associate Professor Sophia Zackrisson MD PhD is senior consultant radiologist at Skåne University Hospital in Malmö, Sweden, and a senior lecturer in radiology at Lund University and research group leader of diagnostic radiology. Her research focus lies on mammography screening and breast cancer. She received her medical degree from Lund University in 1999 and her PhD in Epidemiology in 2006. Following her residency in radiology in Skåne, from 2012-17 she headed the department of oncological imaging at Skåne University Hospital. 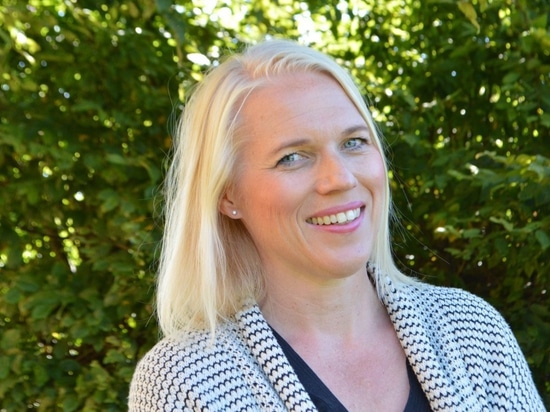