Can LivaNova Succeed Where Others Have Failed in HF?

LivaNova is launching a pivotal study that will look at how stimulation of the vagus nerve with the VITARIA device can help treat heart failure patients.

LivaNova continues to live up to the promise it made to shareholders that it would focus more on its neuromodulation and cardiac surgery businesses. Through the VITARIA neuromodulation technology, the London and Houston, TX-based firm is fulfilling that promise with one device and one fell swoop.

“We clearly talk about ourselves as a company focused on the head and the heart,” Edward Andrle, LivaNova’s General Manager of Neuromodulation, told MD+DI. “What’s interesting about this therapy is that it is a neuromodulation therapy. But the indication that we’re treating is for heart failure.”

LivaNova said it was launching the Autonomic Regulation Therapy to Enhance Myocardial Function and Reduce Progression of Heart Failure With Reduced Ejection Fraction (ANTHEM-HFrEF) Pivotal Study. The study will enroll up to 800 patients.“Patients’ autonomic nervous system tend to get out of balance when they have heart failure,” Andrle said. “What we’re doing in essence with vagus nerve stimulation is trying to bring the sympathetic and parasympathetic systems back into balance.”

The VITARIA System received CE mark in 2015 when it was owned by Cyberonics, a company that merged with Sorin in 2015 to form LivaNova. However, the company hasn’t commercialized VITARIA.

“We haven’t commercialized the therapy in Europe yet, because we felt it was important to develop the clinical evidence to support the efficacy of the therapy,” he said.

Andrle declined to give a timeline on when the company would submit to FDA. He noted that it would be "several years out."

The therapy may be the first implantable active neurostimulation system for the treatment of advanced heart failure, if the study demonstrates statistically and clinically meaningful improvements in pre-specified endpoints related to heart failure symptom improvement, hospitalization and survival.

There have been other attempts such as Boston Scientific through the Nectar HF Trial. However, the Marlborough, MA-based company’s trial failed to meet its 6-month efficacy endpoint in 2014. In addition, Yehud, Israel-based BioControl Medical failed to show patients with chronic HF who were treated with its CardioFit vagal nerve stimulation system did not experience a reduction in death from any cause or HF events in the INOVATE trial, according to data presented at the American College of Cardiology Scientific Session in 2016.

“Patients with advanced heart failure continue to need additional and complementary therapy options, since drug treatment alone has slowed but not stopped heart failure progression,” said Dr. Ron M. Oren, Heart Failure Cardiologist and Lead Investigator for the Study at the Heart and Vascular Institute in Cedar Rapids, IA, said in a release. “We are pleased to participate in this important study to critically evaluate the safety and efficacy of Autonomic Regulation Therapy delivered by the VITARIA System.”

The path toward LivaNova restructuring began in September of 2017. LivaNova decided to seek out strategic options for its cardiac rhythm and management (CRM) unit, which brought in about $249.1 million in net sales in 2016. About two months after mulling over a potential sale of the CRM business, Shanghai-based Microport stepped in to acquire the unit for $190 million in cash.

Two weeks after the divestiture of the CRM unit, LivaNova picked up ImThera for $225 million. The deal would go toward building up LivaNova’s neuromodulation offerings. San Diego, CA-based ImThera has developed an implantable device to stimulate multiple tongue muscles via the hypoglossal nerve, which opens the airway while a patient is sleeping. 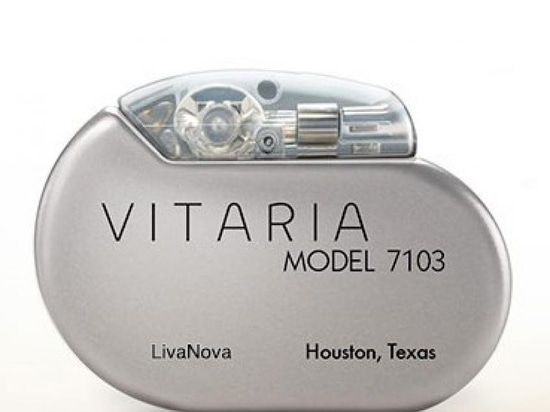