Medtronic won FDA approval for its Pipeline Flex embolization device to be used on patients with small or medium wide-necked brain aneurysms anywhere between the petrous and the terminus of the internal carotid artery. Previously, the device was only indicated for individuals with large or giant wide-necked intracranial aneurysms.

The Pipeline Flex flow diversion device redirects blood flow by being positioned right at base of the embolism, guiding blood to move along the length of the vessel.

Here are some of the study details that led to this latest approval, according to Medtronic:

A total of 141 subjects with a mean aneurysm size of 5.0±1.92 mm were analyzed. Data showed one-year occlusion rates of 76.7 percent with the use of 1.1 device per subject on average and a 2.2 percent occurrence of major stroke or neurological death.

This is the second Investigational Device Exemption (IDE) study for this implant which gained FDA approval after completing the ‘Pipeline for Uncoilable or Failed aneurysms’ (PUFs) trial, a 5-year study for large and giant wide-necked aneurysms of the intracranial internal carotid artery (ICA) where efficacy rates were reported at 70.8 percent at 1 year that progressed to 95 percent in subjects with angiographic follow up at the 5 year time period. In the PUFs study the overall occurrence of major stroke or neurological death was 5.6 percent4. There were no documented cases of aneurysm recurrence in patients treated with the implant. 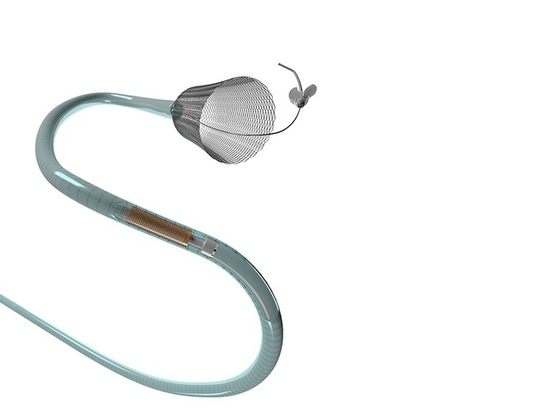