Dinner with a CRISPR Connoisseur

The most exciting development in molecular biology in several years, CRISPR/Cas 9 gene editing technology has become prominent for all the wrong reasons of late. Far from the media storm, Richard Sherwood, Assistant Professor of Medicine at Harvard Medical School, Massachusetts, USA, is trying to improve the efficacy of the technology, which remains beset by problems. Donor templates, which are often used in conjunction with CRISPR/Cas9 to guide the cell to produce a desired edit, work inefficiently in therapeutic settings. Yet, in the absence of a donor template, the genetic outcomes of CRISPR/Cas9 editing had been thought to be random and imprecise, limiting CRISPR/Cas9 primarily to simple gene disruption.

Overturning this dogma, Sherwood’s’ group recently published research that introduces a machine-learning tool called inDelphi, which is able to predict the genotypic outcomes of CRISPR/Cas9 editing with high accuracy (1). The team found that an appreciable number of CRISPR/Cas9 target sites in the genome yield one mutant genotype in a majority of edited cells. Using ‘precise-50’ guide RNAs, the researchers were able to induce efficient genetic correction at 197 disease alleles, including those for Hermansky-Pudlak syndrome (HPS) and Menkes disease – two rare autosomal recessive disorders.

Such tools will most certainly play a big role in the future of medicine. Obtaining genomic information from patients is increasingly cheap and easy, but there are still very few cases where that information can be rationally applied to treating disease. There is a huge role for machine learning tools to weigh in on how to treat disease, whether by predicting which existing drugs are right for which patients or by aiding the use of emerging gene therapy techniques.

One interesting implication of our work is that the suitability of a disease allele to be corrected by CRISPR/Cas9 gene therapy might depend heavily on the particular DNA mutation. Traditional drug therapies can be grouped by disease—for example, patients with heart disease get one treatment, patients with liver disease get another. But with gene editing, certain patients with mutations in known liver disease-causing genes may be promising candidates for CRISPR/Cas9-based correction, while others with different mutations in the same gene may not be. Gene therapy may require the medical field to take a more personalized approach to determining which patients should be treated with which therapies. There’s also a big role for machine learning models in determining the genetic causes and possible gene therapy treatments for disease.

There is a huge role for machine learning tools to weigh in on how to treat disease, whether by predicting which existing drugs are right for which patients or by aiding the use of emerging gene therapy techniques.

Could you tell us more about your team’s work?

Our work adds another dimension to CRISPR/Cas9 research that is ripe for optimization. Researchers have largely ignored the repair outcome spectrum of Cas9 nuclease editing, while optimizing many other features, such as on-target and off-target efficiencies. We hope that the thousands of other CRISPR researchers work to make genome editing outcomes even more precise through testing small molecules and newly engineered Cas9 variants.

An additional implication is for therapeutic CRISPR/Cas9 nuclease editing. As regulatory agencies evaluate therapeutic CRISPR/Cas9 editing strategies, we hope they use repair outcome precision as one of the criteria. If you could feasibly use two guide RNAs in a patient, and one caused hundreds of different repair outcomes while another predominantly caused a single repair outcome, wouldn’t you want to use the guide RNA where there is an element of control over the outcomes?

At present, our work is basic science done on cells in a dish. Much more work is needed to determine whether the sort of disease repair strategies we propose would be suitable for therapy. This should involve animal studies that measure the effectiveness and possible drawbacks of CRISPR/Cas9 gene therapy for disease mutation correction.

We’d love to make precise Cas9 outcomes even more precise, allowing us to get a dominant repair product over 90 percent of the time. We’re interested in seeing whether inDelphi works in therapeutically-relevant cell types, where homology-directed repair is inefficient, such as neurons and in vivo organs. We would also like to explore whether the same principles of non-random repair apply to other CRISPR nucleases.

We’re interested in seeing whether inDelphi works in therapeutically-relevant cell types, where homology-directed repair is inefficient, such as neurons and in vivo organs.

What is your take on germline gene editing?

There are still fundamental issues with the safety and efficacy of CRISPR/Cas9 that have not been worked out. Even in the case of using CRISPR/Cas9 on non-germline tissues in adults who consent to such treatment, there is no approved use of CRISPR/Cas9. Therefore, there is not a single application that is currently compelling enough to warrant germline gene editing. It is quite possible that these babies will be harmed by the off-target mutations induced by treatment. Exposing any child to unnecessary health risks is utterly unacceptable.

With regards to the recent case of Jiankui He? It was extremely irresponsible. But it does highlight that the international community – not only scientists but also the general public – must come together to devise a set of rules to govern what the burden of proof should be to warrant a sanctioned test of germline gene editing. The answer might be that we, as a society, will not tolerate germline gene editing at all – or there might be a set of conditions under which we would allow it in the future. Until such clear rules are established, the latest controversy is unlikely to be the last – and children will continue to be at needless risk. 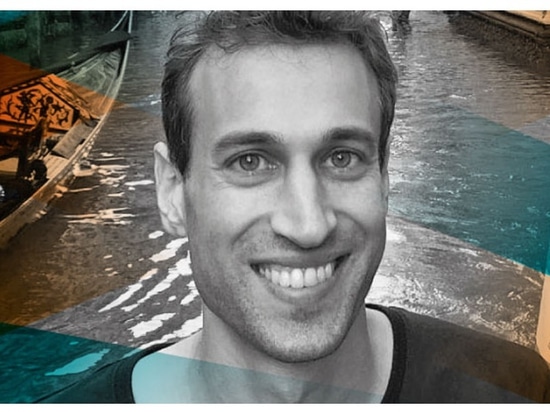