Imaging Market in U.S. Could Rise In Coming Years

The coming years may be good for the medical imaging community in the United States. But they will not be easy.

“I see it (the future of outpatient medical imaging in the U.S.) absolutely being bright. I think that there is a great opportunity here,” Stuart Clark, managing director of The Advisory Board Company, told Imaging Technology News (ITN). But there could be a lot of bumps along the way, he said.

Many of these bumps are already taking shape, Clark explained July 23 during his talk at the AHRA 2019 symposium titled “Imaging Market Outlook.” And these bumps could cause major disruptions, he said.

Utilization of outpatient medical imaging services could grow, but so might their prices. Rising prices could lead to efforts to control costs, steer patients to lower cost services and new government regulations. These and other forces could extend to hospital providers as well. If that happens, they will almost certainly disrupt the health care market, he said.

Clark told ITN, however, that he expects the U.S. imaging market to ultimately rise because of a fundamental need for high-quality care. This need must be met, he said, otherwise patients – and employers – will face a lot of expenses down the road.

“If you take care of somebody’s needs, their risk factors and manage their disease proactively, it lessens the chance that they are going to come to the hospital down the road for more expensive inpatient measures,” Clark said.

Although this long-term vision of what’s best for patients will eventually win out, conflicting forces could cause havoc in the interim.

Utilization – and Prices – Could Rise

In his AHRA talk, Clark said a 7-percent rise in the U.S. utilization of outpatient imaging services could happen over the next five years. If this happens, it will be driven largely by the growth of the Medicare population among whom chronic disease will drive utilization. He framed this possibility, however, as a “raw projection,” noting that many factors could cause the number to change. Among them could be the expected rise in prices for imaging services, which could affect the entire provider spectrum of outpatient and hospital services.

Prices could rise because of decreasing competition due to provider consolidation. A rise in utilization – along with a rise in prices – would lead to increased revenue for imaging. But this combination, if it happens, will not last, he told hundreds of attendees of the early morning AHRA session. Rising prices, he said, could impact the utilization of imaging services.

In one scenario, insurers could respond to rising prices with increasingly high-deductible health plans. This could lead some patients to reduce their use of imaging services rather than seek lower cost providers. Insurers may also reduce reimbursement rates, causing prices – and overall revenue -- to fall. Simultaneously, utilization caps engineered by Medicare Advantage Plans might force utilization down.

Alternatively, patients could respond to high-deductible plans by seeking lower priced but still high-quality imaging. Large companies, such as Walmart, might try steering employees to lower-priced options, Clark said. They also might insist on high-quality imaging from providers, because “higher quality imaging will translate into less errors downstream,” he said. If this happens, Clark said, the market will become more efficient.

Speaking from the perspective of the Advisory Board, he said: “We want our 25-year-old employee to get his MRI (when he hurts his back). We don’t want him to avoid it because, if he is our employee 25 years down the road, we don’t want to bear the cost of $50,000 for more advanced care.”

Consumers already are showing a preference for low costs, Clark noted. They are not, however, widely exercising their preferences. Consequently, health care is not a well functioning market, he said. Achieving a balance in utilization and pricing will require providers to offer substantially lower priced services with no sacrifice in quality; consumers having the ability to compare providers; and the incentive for consumers to look for – and take advantage of -- lower priced imaging services. Getting to that point will not be easy.

A Lot of Unknowns

Demand is expected to differ by modality. Citing utilization growth in national outpatient radiology projections, Clark showed a graph during his AHRA talk in which ultrasound gains the most over the next 5 years – up 16 percent; PET volumes the second most – up 9 percent; radiography the third most at 6 percent; CT up 4; and mammography and MRI each up 3. Nuclear medicine is expected to be the lone decliner, down 1 percent.

How such differences will impact revenue is impossible to model, because myriad factors could intervene. Also unknown is the degree to which artificial intelligence will be adopted – and how its use will affect the imaging market.

In the short term, the effects of high-deductible plans could vary – whether they steer patients to choose lower priced imaging options or lead younger patients to skip imaging exams altogether.

As these many unknowns play out, health care is going to be in for a lot of disruption, Clark said: “And a lot of it will be driven by a general anger – or angst – toward the rising cost associated with health care.” 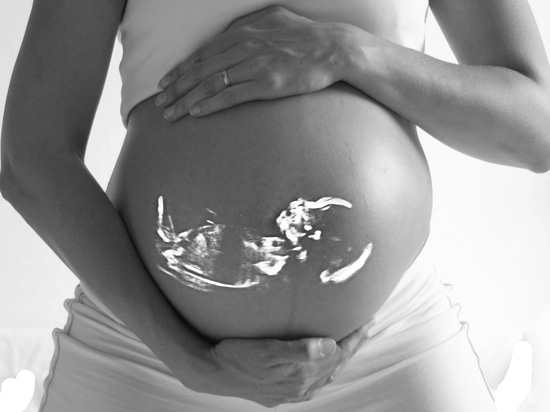 Demand for ultrasound scans at U.S. outpatient centers could grow by double digits over the next five years, according to a speaker at AHRA 2019. A variety of factors, however, could cause projections for this and other modalities to change. Graphic courtesy of Pixabay