Researchers from Radboud University Medical Centre in the Netherlands introduced a shirt that measures lung function via a network of built-in sensors, which gauge the wearer’s chest and abdomen movements.

The smart shirt, dubbed Hexoskin, senses how the fabric stretches as the wearer’s chest expands and contracts. Such measurements are then used to determine the volume of respirated air. Likewise, the shirt records the wearer’s heart rate and movements.

To demonstrate the smart shirt, the Radboud team outfitted 15 volunteers with both the smart shirts, which are linked to a mobile app, and traditional monitoring equipment, such as a facemask and bulky backpack. When tasked with completing everyday activities such as sitting, lying down, standing, climbing stairs and vacuuming, the researchers report that the measurements were similar for both the traditional devices and the smart shirt.

Since the shirt reliably measures breathing, the reearchers envision the smart shirt could enable doctors to remotely monitor the lung function of patients with chronic obstructive pulmonary disease (COPD). Medical personnel could detect signs that suggest that the patient’s condition is worsening. COPD issues could be spotted sooner, with patients spending less time in the hospital.

According to researcher Denise Mannée, a technical physician and Ph.D. candidate at Radboud: "COPD is a growing problem with around 64 million people suffering with the condition worldwide. When patients suffer an increase in their symptoms, such as coughing and breathlessness, they need to be monitored more closely. Symptoms first occur during daily activities like climbing stairs and housework, but respiration is hard to monitor in such conditions. This is traditionally done in the clinic with equipment such as an exercise bike, facemask and computer. The equipment is not very practical for measuring everyday activity.”

The team from Radboud believes that the technology could also monitor those suffering from other respiratory diseases including asthma or cystic fibrosis, or monitor patients following a transplant.

The research was recently presented at the European Respiratory Society International Congress. 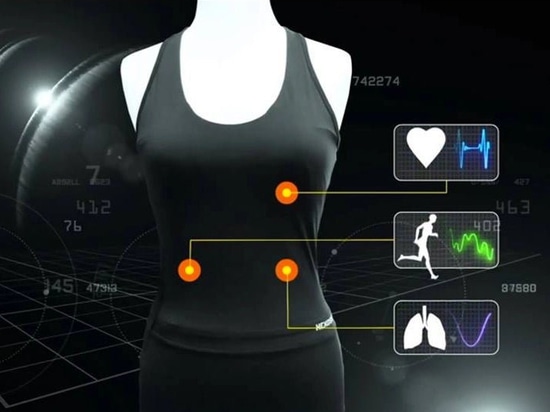