Is exercising from a young age good or bad for kids?

We chatted with two experts in the field to find out the truth about how physical activity impacts children’s health.

As technology continues to advance, it is becoming increasingly more challenging to get children to receive the physical exercise they need to remain healthy later in life. According to the U.S. Department of Health & Human Services, only one in three children are physically active every day, leading to larger health problems, such as heart issues and obesity.

While the idea of free play isn’t as prevalent in today’s society as it once was, strength training is a trend that continues to grow, and it might even be a good idea to start bringing your children with you next time you head to the gym for a full body workout. According to Emily Niu, M.D., of Children’s National and professor Charlie Robinson of George Mason University’s Division of Health and Human Performance, this type of exercise is good for your kid’s growing body.

While no, they shouldn’t be running marathons or lifting their body weight the same way some adults do, strength training in moderation from a young age can be a good thing. Here, we share highlights from our conversations with both Niu and Robinson, below.

Is there a certain age children should start exercising by?

EN: There’s no real age, but in general it’s a little different now than when we were growing up. Now kids have so much more access to technology. I think the impetus to just go outside and play is not necessarily there, so it’s probably necessary to start more structured exercise programs. They need to start building those habits of getting out there and being mobile, getting outside and getting vitamin D, as it’s important for their bone development.

CR: As soon as they can walk and run they should be up and moving around as much as they can. Too many kids are doing the exact opposite and I think there should be a bigger push for our kids to be active.

EN: Actually, weight training can be beneficial in a lot of cases. Everything is within reason, it should be modified based on their weight and how much they can actually lift. In general, you shouldn’t be lifting any more than 10% of your weight at that age, but adding a little weight to your training adds to your bone development. It is also a great way to get kids who are a little less fit or maybe even overweight to start exercising because they are often not able to keep up with the cardio exercises, which can be discouraging. If you start adding weight training to the exercise, that can be a way of motivating them.

CR: There’s evidence that weightlifting and resistance training is good for kids, but you have to think of it in different terms than we do as adults. Kids are climbing trees, doing natural pull ups and jumping off things, which is technically a squat. The same principles apply.

From a technical standpoint, children should be doing eight to 15 repetitions in resistance training. It helps with their muscular strength and endurance. It’s more of a nervous system function than a muscle mass thing, though, as nerves can activate those muscles better. As long as kids are not going really, really heavy on weight with poor technique, their joints and bones are going to be healthy.

Are there any dangers or repercussions of starting to physically train your body too young?

EN: There’s a lot less fun play and I’ve seen kids in my practice who are presenting as serious sports-specialized athletes. I’m seeing more overuse in the bodies of those younger patients. Those kids are playing the same sport year-round, over and over again. Anything you do like that, especially when you’re growing and haven’t quite achieved the right muscular control, it puts them at risk for injury.

CR: The only real danger is doing too much and, from a running standpoint, that is probably fairly difficult for a kid to do. Kids should be doing an hour every day of physical activity. Unless they are going way beyond that for several days in a row, there’s nothing wrong with that because physiologically it doesn’t make a difference. 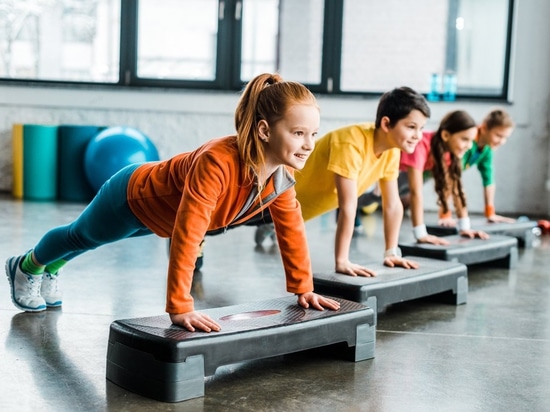