1. In a case-control study of children in the Military Health System database, congenital heart disease (CHD) and cardiac surgery were associated with higher odds of autism spectrum disorder (AuSD) diagnosis.

Study Rundown: CHD has previously been associated with neurodevelopmental comorbidities and the American Heart Association has suggested screening for AuSD in early development for children with CHDs. Despite this, the association between CHD and AuSD has not been well quantified in previous research. In this case-control study, researchers linked electronic health records in the Military Health System database to compare incidence of AuSD between children with and without diagnostic codes for CHD and/or cardiac surgery. After adjusting for genetic syndromes, maternal age, gestational diabetes, short gestation, newborn epilepsy, birth asphyxia, and low birth weight, children with CHDs had significantly higher odds of AuSD diagnosis than children without CHDs. Among specific CHD diagnoses, ASD and VSD were associated with significantly higher odds of AuSD diagnosis.

These findings are limited by the database, which only includes children associated with the military, affecting the generalizability of the data. Furthermore, the rarity of some specific CHDs may have limited the power of the analyses. Nonetheless, the study is strengthened by its large, geographically wide sample and comprehensive longitudinal billing and diagnostic data. For physicians, these findings highlight the importance of early screening for AuSD among children with CHDs in order to enact early interventions.

In-Depth [case-control study]: Researchers used electronic health record data from the Military Health System database to identify 8760 children with AuSD born between 2000 and 2011 and 26 280 controls matched by date of birth, sex, and enrollment time frame. Records were reviewed for diagnostic codes indicating congenital heart disease (CHD) and/or cardiac surgery. Multivariable conditional logistic regression was used to quantify the association between CHD exposure and development of AuSD after adjusting for genetic syndromes, maternal age, gestational diabetes, short gestation, newborn epilepsy, birth asphyxia, and low birth weight. Results demonstrated that children with CHD had greater odds of having AuSD, compared with children without CHD (odds ratio [OR] = 1.32; 95% confidence interval [CI] 1.10-1.59). In subgroup analysis, odds of having AuSD were higher in children with ASD (OR 1.72; 95%CI 1.07-2.74) and VSD (OR 1.65; 95%CI 1.21-2.25) compared with controls. Other specific CHDs were not significantly associated with higher odds of AuSD diagnosis. 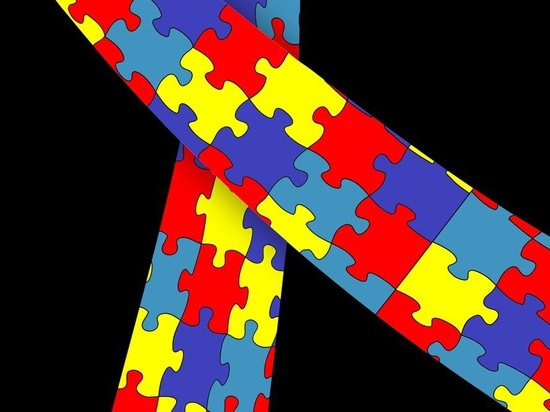