The Gene-Editing Revolution Is Already Here

Ever since the discovery of the structure of DNA in the 1950s, scientists have been dreaming about rewriting the code of life. What if we could correct genetic mutations that cause disease in order to radically improve human health?

Harnessed from the naturally occurring immune system that bacteria use to defend themselves against viruses, CRISPR-Cas9 is a revolutionary, once-in-a-generation tool that offers the real potential to quickly and efficiently achieve what was once thought impossible.

Since 2012, the technology has been adopted rapidly, transforming basic research, drug development, diagnostics and agriculture. In the past seven years, over 15,000 papers containing the term CRISPR have been published, and hundreds of different organisms have been edited. CRISPR has become a mainstream topic of conversation, fodder for Hollywood scriptwriters and the standard genome-editing tool used globally. As we move into a new decade, it is clear that CRISPR-based applications will help us tackle societal challenges including disease, food production and environmental sustainability.

I receive daily emails from people suffering from debilitating genetic diseases asking how and, especially, when CRISPR can fix what is hardwired in their DNA and often runs in their family. For many diseases, like Huntington’s and Tay-Sachs, we know the gene that causes the disease but have so far been powerless to change it. But now, thanks to the CRISPR revolution, we can shift the paradigm entirely. Sickle-cell research at the Innovative Genomics Institute, where I am executive director, and elsewhere shows we can proactively mitigate or correct the mutation that causes the illness. Gene-editing treatments for this and other diseases are beginning or will soon enter clinical testing. The gene-editing revolution has led to a rapidly growing CRISPR economy, and over the next decade, the technology will likely produce tangible and potentially wide-ranging treatments and even cures for genetic diseases.

For all the promise of CRISPR, ensuring responsible use is an ongoing challenge. Almost a year ago, scientist He Jiankui shocked the world by revealing that he had edited the embryos of twin girls. It was a medically unnecessary experiment that radically broke the global consensus that CRISPR should not currently be used in clinical human-germline editing–that is, making genetic changes that can be passed down to future generations. The scientific community responded by redoubling efforts to establish stronger safeguards, encourage a more deliberate approach and deepen public conversation about responsible use. The World Health Organization is now pushing government regulators to act. We need compliance, not a moratorium, as the former invites conversation, which is critical since interest in editing the human germline is not going away.

During CRISPR’s teenage years, we will look to expand the types of edits we can make, focus on advancing the safe and effective delivery of CRISPR genome-engineering tools, work through the first wave of Food and Drug Administration approvals and increase our exploration of a naturally occurring way to fine-tune CRISPR-based editing to improve accuracy. 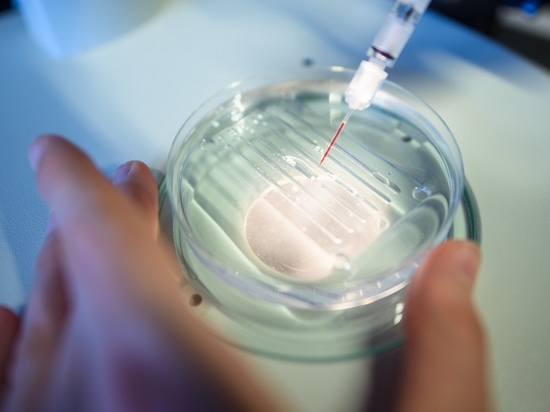 A researcher performs a CRISPR/Cas9 process at the Max-Delbrueck-Centre for Molecular Medicine in Berlin.