Tiny Circuits Made of DNA Used for Cancer Detection

The detection tool was developed by Duke University Researchers and could help ensure that cancer screens and therapies zero in on the right culprits.

Duke University Researchers have developed a new detection tool that uses tiny circuits made of DNA to identify cancer cells. The researchers fashioned the simple circuits from interacting strands of synthetic DNA that are tens of thousands of times finer than human hair.

Unlike the circuits in a computer, these circuits work by attaching to the outside of a cell and analyzing it for proteins found in greater numbers on some cell types than others. If a circuit finds its targets, it labels the cell with a tiny light-up tag.

Because the devices distinguish cell types with higher specificity than previous methods, the researchers hope their work might improve diagnosis, and give cancer therapies better aim.

A team led by Duke computer scientist John Reif and his former PhD. student Tianqi Song described their approach in a recent issue of the Journal of the American Chemical Society.

Similar techniques have been used previously to detect cancer, but they're more prone to false alarms -- misidentifications that occur when mixtures of cells sport one or more of the proteins a DNA circuit is designed to screen for, but no single cell type has them all.

For every cancer cell that is correctly detected using current methods, some fraction of healthy cells also get mislabeled as possibly cancerous when they're not.

Each type of cancer cell has a characteristic set of cell membrane proteins on its cell surface. To cut down on cases of mistaken identity, the Duke team designed a DNA circuit that must latch onto that specific combination of proteins on the same cell to work.

Researchers said that as a result, they're much less likely to flag the wrong cells.

The technology could be used as a screening tool to help rule out cancer, which could mean fewer unnecessary follow-ups, or to develop more targeted cancer treatments with fewer side effects.

Test runs of the device in test tubes in the researchers' lab showed it can be used to detect leukemia cells and to distinguish them from other types of cancer within a matter of hours, just by the strength of their glow.

The devices can be easily reconfigured to detect different cell surface proteins by replacing the tether strands, the researchers say. However, the technology isn't ready for prime time yet. The researchers said their DNA circuits require testing in more realistic conditions to make sure they still flag the right cells. 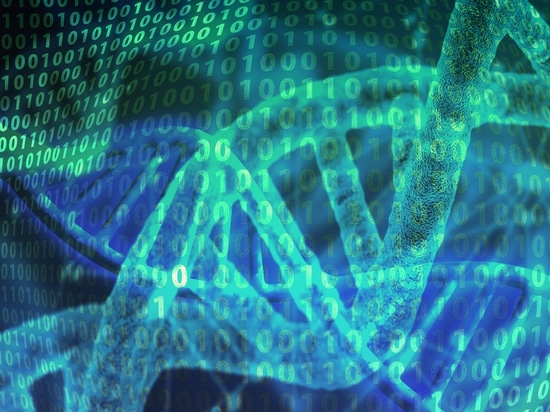