An international research team headed by scientists at The University of Texas Health Science Center at Houston (UTHealth) has discovered how a protein released by a deadly superbug allows the microorganism to sense and evade attack by the immune system and antibiotic drugs.

The finding could lead to the development of new strategies against vancomycin-resistant enterococci (VRE), which causes thousands of deaths in the United States alone.

“We have uncovered the ‘Achilles’ heel’ of an important hospital-associated and multidrug-resistant pathogen,” said Cesar Arias, MD, PhD, a professor at McGovern Medical School at UTHealth and the Herbert L. and Margaret W. DuPont chair in infectious diseases. “By identifying the main mediator of the response against antibiotics and the first line of defense of our immune system, this will open major therapeutic and diagnostic research avenues against these organisms which are associated with disease in critically ill patients.” Arias is lead author of the researchers’ published paper in the Proceedings of the National Academy of Sciences (PNAS), which is titled, “Antimicrobial sensing coupled with cell membrane remodeling mediates antibiotic resistance and virulence in Enterococcus faecalis.”

Antibiotic resistance represents a major global health threat for the 21st century, the authors wrote. Infection with VRE is most commonly associated with health care settings, and is on the Centers for Disease Control’s latest threat report. VRE is estimated to infect 54,500 people in the U.S. annually, and caused 5,400 deaths in 2017.

Vancomycin-resistant enterococci are masters at evolving to thwart our antibiotic drug arsenal, and some strains are now resistant to all available antimicrobials. “Enterococci evolved resistance under the selective pressures of the modern health care environment due to their genomic plasticity and ability to acquire and disseminate a wide repertoire of antibiotic resistance determinants,” the authors explained. The finer points of how bacteria can evolve resistance isn’t so clear, however. “We know that bacteria have innate stress response systems, but we do not understand fully how these responses are triggered to cause antibiotic resistance,” said study lead author Ayesha Khan, a doctoral student in the microbiology and infectious diseases program at The University of Texas MD Anderson Cancer Center UTHealth Graduate School of Biomedical Sciences.

Bacteria have evolved evolutionary strategies to protect their cell membranes (CMs) from attack by antibiotics and by antimicrobial peptides (AMPs) produced by the body’s innate immune system. Drugs that act on the cell membrane include daptomycin (DAP), a front line antibiotic that may be the only option against the most deep-seated VRE infections. However, some Enterococcus faecalis and Enterococcus faecium strains have now developed DAP-resistance (DAP-R), which is linked with changes to their CM phospholipid composition and distribution. This mechanism is linked to the LiaFSR stress response system that is exhibited by enterococci and other bacteria, and which is involved in regulating the cell envelope, and in building drug resistance and adaptation to environmental stressors.

“We have previously shown that the LiaFSR system regulates DAP and AMP resistance in enterococci by causing major changes in the cell envelope, including alterations of CM phospholipid content and architecture,” the team wrote. “Quantitative experimental evolution has shown that pathways to DAP-R require initial activation of the LiaFSR response followed by changes in phospholipid enzymes.”

The team’s newly reported research using clinical strains of VRE has now demonstrated how a protein called LiaX—“a protein of previously unknown function”—is released by VRE bacteria into the environment, to sense the presence of antibiotics such as daptomycin, and trigger restructuring of the bacterial cell to prevent destruction by the drug. LiaX, they discovered, is a major player in the LiaFSR system.

“The way daptomycin works to kill bacteria is not completely understood,” Khan noted. “We know bacteria have a ‘division septum,’ a region in the middle of the cell where they divide, and that daptomycin binds to the septum to kill the cell. However, the bacteria have learned how to distract the antibiotic from its target.” The new results suggest that LiaX may stop effective daptomycin binding. “We call LiaX the master modulator of resistance, and it basically tells the bacteria to remodel their protective cell envelope, causing daptomycin to bind away from the septum and allowing the cell to survive,” Khan said.

The scientists noted that one particular clinical strain of VRE, which had been isolated from a patient with a blood VRE infection, was initially sensitive to daptomycin, but then developed daptomycin resistance after the patient had been treated with the antibiotic. “We observed high levels of the protein outside of the cell that was binding to the antibiotic and signaling back to the cell to activate the stress response,” Khan said.

The results suggested that the LiaX protein effectively alerts the bacteria when antibiotics are present. The researchers also discovered that in addition to sensing antibiotics, the LiaX protein can also signal when an immune response has triggered the production of AMPs, which act to destroy the cell envelope, much like daptomycin does. “What we revealed is that not only is LiaX acting as a sentinel protein that latches on to daptomycin, but it can sense the antimicrobial peptides created by our immune systems and elicit the same cell restructuring response,” Khan said. “…our findings on LiaX mediating resistance to the innate immunity could also explain the fact that some clinical enterococcal strains exhibit resistance to DAP, even in the absence of actual exposure to the antibiotic,” the researchers suggested.

The collective results indicate not just that VRE produces a sentinel protein that can protect bacteria against antibiotics and the immune system, but that its protection inherently makes the bacteria more lethal during infection. “ … in clinical settings, changes in LiaX could favor enterococcal colonization, resistance against metabolic stressors, and the host innate immunity,” the investigators wrote.

While the new research demonstrates how bacterial evolution is directing increased resistance and resilience to drugs, the findings could also help researchers develop new therapeutic strategies. “In summary, our results highlight the major role of a single protein in orchestrating the cell envelope stress response to antibiotics, influencing membrane adaptation and virulence,” the authors concluded. “This critical function suggests that LiaX could be a potential target for developing antiadaptation molecules that could potentially restore the effectiveness of widely used antimicrobials and enhance innate immunity mechanisms to clear multidrug-resistant infecting bacteria.” 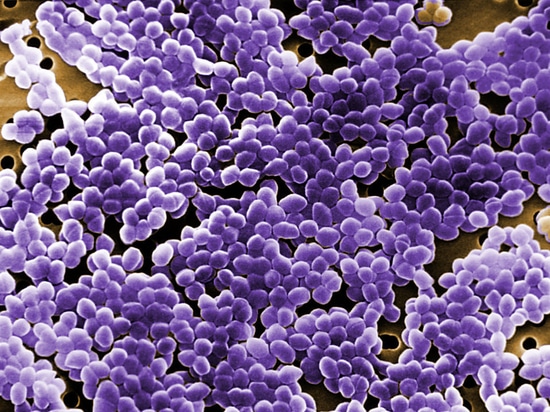