Terumo has announced the launch of a new randomised clinical trial: the DIStal vs. COnventional RADIAL access trial (DISCO RADIAL). The trial compares the novel distal radial access with conventional radial access approach, in terms of radial occlusion rates at discharge. The first patient has been enrolled.

Transradial approach is the preferred vascular access for coronary angiography and interventions, a Terumo press release asserts. Recently, the distal radial artery from the anatomical snuffbox on the dorsal side of the hand (“distal TRA” or “snuffbox access”) has emerged as an alternative access to the conventional forearm radial artery for coronary angiography and interventions.

DISCO RADIAL is the first large international randomised study designed to investigate the benefits of distal radial access over conventional radial access approach. The study plans to enrol 1,300 patients, in approximately 13 centres in Europe and Japan. The patients will be randomly assigned to one of the two access groups.

Principal investigator Shigeru Saito, interventional cardiologist from Shonan Kamakura General Hospital, Kamakura, Japan, comments: “The radial approach is a small world and just one of the access methods. However, its impact on the clinical field has been proven potent and significant. Everybody was thinking we will never have anything novel in this small world. However, unexpectedly it was not true. The distal radial approach is truly novel, and nobody has evidence yet proving its advantage over the conventional radial approach. As the group of physicians working in this field, we have the responsibility to show its efficacy. That is the reason to initiate the trial.”

Principal investigator Adel Aminian, an interventional cardiologist from the Centre Hospitalier Universitaire de Charleroi, Charleroi, Belgium, says: “This novel access has raised great enthusiasm among the radial community, despite the paucity of clinical evidence supporting its use. Beyond potential advantages related to improved operator/patient comfort, easier and shorter haemostasis, an important feature of this technique is a puncture distal to the superficial palmar arch. Distal transradial access has the potential to maintain antegrade flow in the forearm radial artery during haemostatic compression, reducing thereby the risk of retrograde thrombus formation in the forearm radial artery and therefore the risk of radial occlusion. The current available data on distal transradial access is limited to relatively small prospective and retrospective case series looking primarily at the feasibility and success rates with this approach. By assessing the potential benefit and limitations of this alternative access, DISCO RADIAL will have an important clinical impact for radial operators.”

Christophe Giot, chief medical officer, Terumo Europe, says that this study will generate clinical evidence for this novel distal access approach, and reflects Terumo’s commitment to evidence based clinical practice and to the improvement of patients’ healthcare. 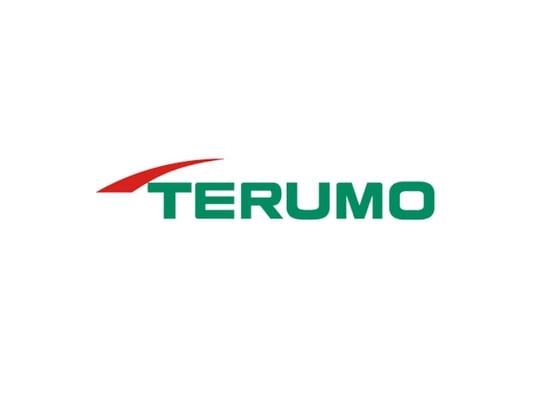