TTP, a technology company based in Melbourn, UK, is developing a handheld PCR (polymerase chain reaction) diagnostic device that can rapidly detect influenza viruses, and one day other viruses, in samples of nasal mucus.

The company claims that the system, which uses a high speed version of traditional RT-PCR (reverse transcription polymerase chain reaction), incorporates several breakthroughs that translate to improved speed, cost, and size when compared with existing molecular diagnostics systems. Such technology could be crucial in providing diagnostic and surveillance capability for infectious disease outbreaks such as the current coronavirus situation in China.

The company cautions that it can’t get a product to market in time to help with the current 2019-nCoV outbreak, but believes that its rapid, low-cost testing technology will be useful at docks, border crossings, and airports in to find those who are infectious but not yet showing symptoms. This would enable those genuinely free of the virus to travel normally, while those infected can be quickly isolated and provided with treatment.

The coronavirus outbreak has claimed numerous lives, and has led to the lockdown of entire cities in China, at huge social and financial cost. At present, samples from suspected patients are sent to diagnostic labs, and it is difficult to obtain timely results with thousands of patient samples waiting to be tested. Such delays have significant consequences for healthcare services and patients alike, as quarantine may have to be enforced for people who are not infected with the virus.

Rapid, accurate, and portable diagnostic tests allow people to be screened quickly and at the-point-of-care, which would help the authorities to contain an outbreak, and only focus on those who are infected and contagious. This could reduce the use of costly ‘isolation pods’ which are a feature of many countries’ pandemic preparedness strategies.

The latest device from TTP may be able to fulfill such a need, at least for future outbreaks. Currently under development, the company claims that the wireless device will cost less than $100 to make, will use sub $5 consumables for each test, and take less than five minutes to provide a result. Billed as a platform technology, the company lists the following as other diseases where the device could help with rapid diagnosis: seasonal flu, Zika and Dengue fevers, Measles, and also respiratory syncytial virus (RSV). With design changes to the reader instrument, the high speed system could also detect certain venereal diseases (including HIV) and Ebola.

Medgadget had the opportunity to talk to Chris Hole, commercial director of TTP about this technology.

Conn Hastings, Medgadget: Please give us some background on flu pandemics and the challenges in containing them.

Chris Hole: Flu pandemics, as well as the recent SARS, MERS and current coronavirus outbreaks, are caused by respiratory viruses, so spread mainly by virus in exhaled breath, coughs and sneezes. There is often also a transmission route via common use objects, such as door handles, telephones etc. and subsequently touching the mouth or eyes with the contaminated hand. Outbreaks of this type generally start as a random mutation of an animal virus which enables it to jump species and infect humans. Where humans live or work in close proximity to animals this jump can happen many times before symptoms in humans become obvious and the seeds of a significant outbreak are sown.

The serious disease outbreaks of modern times are generally respiratory diseases because their spread occurs via a process that we can’t easily prevent. The pandemics consigned to history, such as plague and cholera, were spread by the rat/flea cycle and contaminated water which modern lifestyles prevent, but modern life still requires people to live in close proximity and indoors; and this spreads respiratory viruses well.

To make this worse, we typically meet many more people in a week and over a much wider area than 100 years ago so an infectious disease can spread much more rapidly than the 1918 flu pandemic for example. Despite that, the 1918 pandemic is thought to have killed more people than the first world war so the potential for harm from a new pandemic today is high. The connectivity problem is what drives the strong focus on preventing the movement of people from an infected area such as we saw in Wuhan with 2019-nCov. This is effective but restrictions like this are difficult to maintain on a large scale for more than a few days. Additionally, there will already have been a period of uncontrolled spread by people who are infectious but not showing symptoms in the period before an infection is recognized as a major problem. These factors make it impossible to prevent significant outbreaks of new diseases, and difficult to prevent pandemics if the virus turns out to be easily transmissible between humans. Today, movement restrictions, combined with hand and oral hygiene, are the main first line responses and work on treatment and vaccine development follow on a timescale of weeks or months. The use of diagnostic tests on people not already showing relevant symptoms is still not common, due mainly to a combination of cost and logistical difficulties inherent in the current technology.

Medgadget: How would rapid and on-site diagnostic technology help authorities to deal with such pandemics?

Chris Hole: We think there are two ways.

The first is in the very early stages of a pandemic when little is known about the newly mutated virus. Two parameters are critical to predicting whether the virus will cause a pandemic or die out naturally; these are how easily it is transmitted between humans and how long the incubation period is. To determine these parameters, you must know the number of people who are infected but not showing symptoms because these people are exposing others in the population to virus in rough proportion to the number of them. A virus which is not easily transmitted between people, but has many infected individuals hidden in the population, will create the same number of new visible infections as one which is highly contagious but where few people are already infected. The latter however, is much more dangerous because the numbers of hidden infections will quickly rise as the contagious virus spreads. Only a widely deployable, low cost test for asymptomatic people can give this data quickly.

The second is around containment. Imposing tight restrictions on movement for everybody in large cities to prevent spread is difficult to maintain for a long period of time. A low cost on-site diagnostic could, in principle, test everyone wanting to travel and so release the vast majority of uninfected people to carry on their journey. Those found to be carriers could be isolated and treated early; isolation reduces disease spread and early treatment typically reduces the severity of symptoms.

Medgadget: Please give us an overview of this flu diagnostic technology. How does it work?

Chris Hole: The biochemistry is deliberately close to normal RT-PCR, just re-optimized to run at high speed. The core innovations are in the hardware of the device and the consumable which work together to create a dramatic reduction in power, size and cost. The size, cost and power footprint of PCR machines has always been dominated by the requirement for thermal cycling and optical access to the sample, which tends to be aggravated by the demands of the thermal design. Our core innovation has been to radically change the thermal and mechanical design of the lysis and thermocycling processes and exploit several design changes which then become possible later in the fully automated workflow.

Medgadget: How does the device differ from other similar technologies?

Chris Hole: Disease diagnostics systems can be split into two broad categories. The first group detect the body’s immune response to a pathogen (so called immunodiagnostics) and the second detect the pathogen directly by breaking it open and amplifying a short sequence of its genetic material for subsequent detection. These are the so-called molecular diagnostics. Immunodiagnostics have been around for a long time but are not really sensitive enough to be useful for respiratory virus pandemic response because they miss too many infected people. By contrast molecular diagnostics are very sensitive, missing almost no infected individuals, but until now have been far too bulky and expensive to be used at airports or railway stations as a way to determine who is safe to travel. What we have changed is the cost/speed/size paradigm.

Chris Hole: This very low-cost device is focused on respiratory viruses present in oral and nasal fluids. We are working first on flu, but we expect it to work well for RSV, Dengue fever, Zika virus and the new species jump viruses such as MERS, SARS and 2019-nCoV (the current coronavirus). All these diseases could be detected using the same reader instrument, with only the primers needing to change in the consumable, so detection of new diseases could be rolled out very quickly. Primers are one of the reagents in the fluid in the consumable.

Some of the innovations we use to cut cost and size don’t carry across to more robust pathogens or more complex samples such as blood so we are tightly focused on respiratory viruses, and on use in resource constrained settings such as doctor’s offices and pharmacies.

Medgadget: When will the device be available? Do you envisage them being useful for the current coronavirus outbreak?

Chris Hole: It is a huge frustration to us that we won’t be able to get devices into the field fast enough to help with the current coronavirus crisis. Our focus is on getting these devices approved for influenza and RSV detection in routine primary care settings like doctor’s offices and pharmacies so there is a network of devices, already in the hands of trained professionals, ready for the next time a respiratory virus jumps species.

With regard to timescales, flu is seasonal which drives our development and testing timelines. Given this, it will be mid 2022 before we have an approved product on the market but once we have regulatory clearance production can ramp quickly. This is because the system only uses parts, materials and manufacturing techniques from the high volume consumer electronics industry which already operates at huge scale and on short ramp up times. 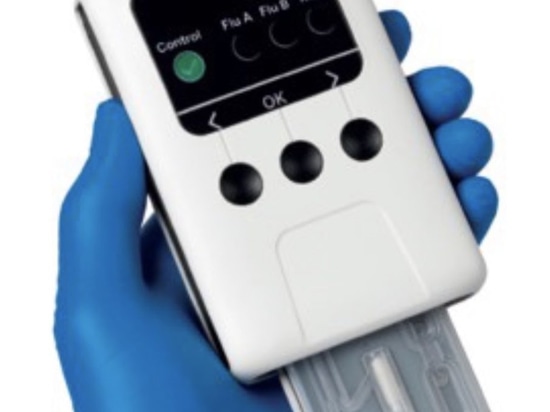 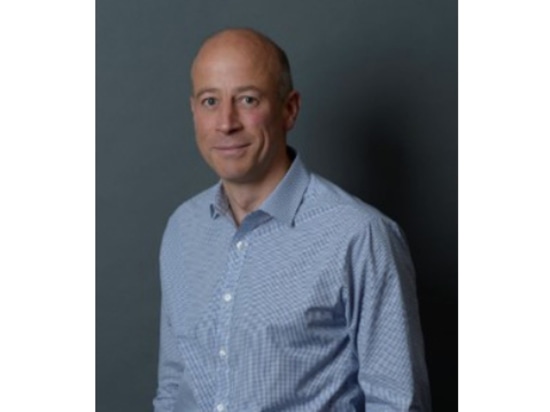