Researchers at Flinders University in Australia have developed a handheld eye scanner that could help to identify children with autism spectrum disorder.

The device allows clinicians to obtain light-adapted electroretinograms, which involves detecting electrical signals in the retina. The device could help in diagnosing children with autism much earlier, meaning that they can get appropriate support as soon as possible. Parents who have had one autistic child have a higher chance of having a second, and early diagnosis would be very valuable for such families.

One of the researchers behind the device, Dr. Paul Constable, has been searching for an autism biomarker since 2006 to help with diagnosing very young children, after one of his own children was diagnosed with the condition. “Very early diagnosis means not only can children receive important interventions, but families are empowered to get the necessary supports in place, come to terms with the diagnosis, and make informed decisions,” said Constable in a Flinders press release.

The project involved collaborators at Yale University, University College London, and Great Ormond Street Hospital in the UK. The scanner allows the researchers to detect subtle electrical activity in the retina, which is reflective of neural development. “The retina is an extension of the brain, made of neural tissue and connected to the brain by the optic nerve, so it was an ideal place to look,” explains Constable. “The test is a quick, non-intrusive eye-scan using a hand-held device and we anticipate it will be equally effective on younger children.”

So far, the researchers have tested the device in approximately 180 kids aged from 5 to 21, and compared the scan results of those with autism and those without. The scan successfully highlighted differences between the two groups, suggesting that it may be useful as a diagnostic tool.

“Now we have found a likely candidate biomarker for autism, the next stage is to look at young children, even infants, as the earlier we can get to intervention stages the better,” said Constable. “Detection inevitably changes family dynamics and goals, and creates consideration about the time required to help the child.”

The scanner also has potential in detecting other neurodevelopmental disorders, such as attention deficit hyperactivity disorder, and the researchers are investigating if the scanner can detect those with such conditions. 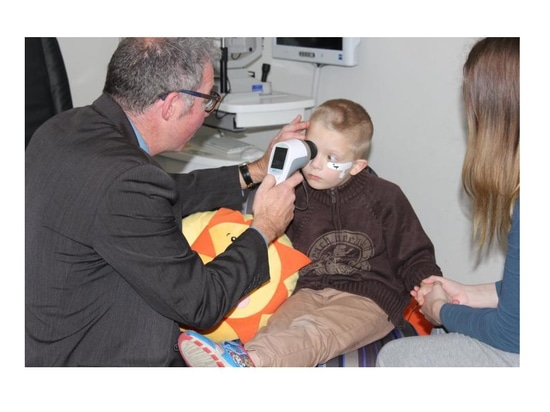 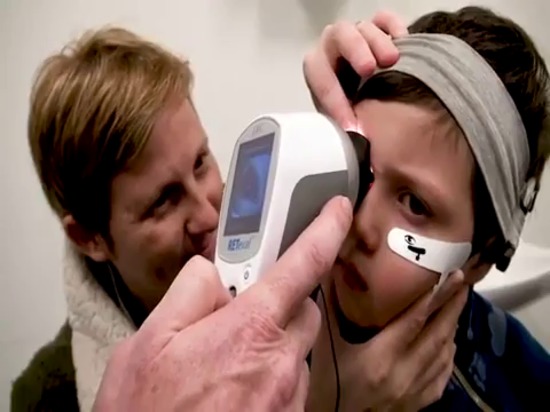