Which test is best for COVID-19?

Now that we’re several months into the COVID-19 pandemic, steps we need to take to effectively control the outbreak have become clear: conscientious prevention measures like handwashing and distancing, widespread testing with quick turnaround times, and contact tracing. None of these is easy to maintain over a prolonged period. But combined, they are our best bets while awaiting better treatments and an effective vaccine.

So, which tests to use?

The many types of tests available are sowing considerable confusion. Unfortunately, because this novel coronavirus is indeed novel, and COVID-19 is a new disease, information about these tests is incomplete and the options for testing keep changing. But here’s what we know now about tests designed to diagnose a current infection, and those that show whether you previously had the virus.

If you want to know if you are currently infected with the COVID-19 virus, there are two types of tests: molecular tests and antigen testing.

How is it done? Nasal swabs, throat swabs, and tests of saliva or other bodily fluids.

Where can you get this test? At a hospital, in a medical office, in your car, or even at home.

What does the test look for? Molecular tests look for genetic material that comes only from the virus.

How long does it take to get results? It depends on lab capacity. Results may be ready the same day, but usually take at least a day or two. Throughout the pandemic, especially lately, delayed turnaround times of up to a week or two have been reported in many places.

What about accuracy? False negatives — that is, a test that says you don’t have the virus when you actually do have the virus — may occur. The reported rate of false negatives is as low as 2% and as high as 37%. The false positive rate — that is, how often the test says you have the virus when you actually do not — should be close to zero. Most false-positive results are thought to be due to lab contamination or other problems with how the lab has performed the test, not limitations of the test itself.

A molecular test using a deep nasal swab is usually the best option, because it will have fewer false negative results than other diagnostic tests or samples from throat swabs or saliva. People who are in the hospital, though, may have other types of samples taken.

You may have heard about pooled testing, in which multiple samples are combined and a molecular test is performed on them. This could speed up the testing of large numbers of people and reduce the number of tests needed.

If a pooled test is negative, the people whose samples were combined are told they have a negative test and individual testing is unnecessary. But if the pooled sample tests positive, each of the individual samples that were taken will then be tested to see which person(s) is responsible for the positive pooled result.

This approach may be particularly helpful in settings where the number of infections is low and declining, and most test results are expected to be negative. For example, in a community where the infection seems to be under control and reopenings of schools and businesses are planned, pooled testing of employees and students could be an effective strategy.

How is it done? A nasal or throat swab.

Where can you get these tests? At a hospital or doctor’s office (though it is likely home testing will soon be available).

What does the test look for? This test identifies protein fragments (antigens) from the virus.

How long does it take to get results? The technology involved is similar to a pregnancy test or a rapid strep test, with results available in minutes.

What about accuracy? The reported rate of false negative results is as high as 50%, which is why antigen tests are not favored by the FDA as a single test for active infection. However, the FDA recently provided emergency use authorization for a more accurate antigen test. Because antigen testing is quicker, less expensive, and requires less complex technology to perform than molecular testing, some experts recommend repeated antigen testing as a reasonable strategy. According to one test manufacturer, the false positive rate of antigen testing is near zero. So, the recent experience of Ohio Governor Mike DeWine, who apparently had a false-positive result from an antigen test, is rare.

Tests for past infection

How is it done? A sample of blood is taken.

Where can you get these tests? At a doctor’s office, blood testing lab, or hospital.

What does the test look for? These blood tests identify antibodies that the body’s immune system has produced in response to the infection. While a serologic test cannot tell you if you have an infection now, it can accurately identify past infection.

How long does it take to get results? Results are usually available within a few days.

Research suggests antibody levels may wane over just a few months. And while a positive antibody test proves you’ve been exposed to the virus, it’s not yet known whether such results indicate a lack of contagiousness or long-lasting, protective immunity.

The true accuracy of tests for COVID-19 is uncertain

Unfortunately, it’s not clear exactly how accurate any of these tests are. There are several reasons for this:

-We don’t have precise measures of accuracy for these tests — just some commonly quoted figures for false negatives or false positives, such as those reported above. False negative tests provide false reassurance, and could lead to delayed treatment and relaxed restrictions despite being contagious. False positives, which are much less likely, can cause unwarranted anxiety and require people to quarantine unnecessarily.

-How carefully a specimen is collected and stored may affect accuracy.

-None of these tests is officially approved by the FDA. They are available because the FDA has granted their makers emergency use authorization. And that means the usual rigorous testing and vetting has not happened, and accuracy results have not been widely published.

-A large and growing number of laboratories and companies offer these tests, so accuracy may vary. At the date of this posting, more than 170 molecular tests, two antigen tests, and 37 antibody tests are available.

-All of these tests are new because the virus is new. Without a long track record, assessments of accuracy can only be approximate.

-We don’t have a definitive “gold standard” test with which to compare them.

Unfortunately, getting a test for COVID-19 can be confusing, because the options are rapidly changing and tests from many companies are being marketed. Despite the current limitations of testing, we’re lucky to have reasonably accurate tests available so early in the course of a newly identified virus. Imagine where we’d be if that was not the case.

Still, we need better tests and better access to them. And all tests should undergo rigorous vetting by the FDA as soon as possible. Lastly, widely available tests and short turnaround times for results are essential for effective contact tracing and getting this virus under control. 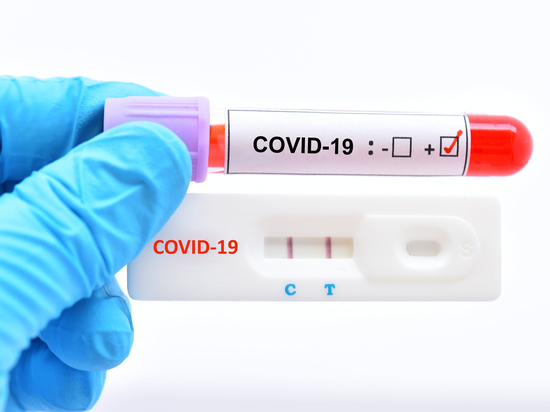