There are more than over 2,600 American children born every year with cleft palate and other head and face conditions such as the Treacher Collins syndrome, which can result in an unusually small jaw that makes it difficult to breathe.

The afflictions put parents through an emotional wringer, but doctors are refining a type of head surgery called craniofacial reconstruction to fix and reshape the skull. The surgery is tricky, though, since doctors must first precisely map the skull and account for the child’s future growth.

Last year, however, some physicians started using a superfast CT scanner made by GE that allows them to analyze the bone structure in great detail. Images acquired by the machine can help clinicians improve the surgery planning process.

“Kids don’t want to stay still and before we got the machine, we had to sedate them to get the right image quality,” says Ron Bursett, medical imaging CT supervisor at Primary Children’s Hospital in Salt Lake City, Utah. “But now, we scan the patient in under a second, often without sedation and with the same image clarity.”

The CT scanner, called Revolution* CT, uses a combination of high-speed, low-radiation dose capabilities and motion-correction technology to achieve high-resolution images. Until now, this mix has been difficult to achieve. The scanner allows doctors to reduce radiation and still obtain detailed images of blood vessels, soft tissue, organs and bones.

The scanner was first available for sale in the U.S. in April 2014, and since then 127 hospitals and medical facilities in the U.S., Europe, China and elsewhere placed an order. It has since driven a 31 percent jump in orders in GE’s high-end CT business.

Primary Children’s Hospital received their machine last fall and it’s since become the go-to scanner “for everything from head bumps to severe trauma,” Bursett says.

He says the machine has allowed the team to reduce radiation dose “up to 82 percent” and retain picture quality with the use of GE’s next-generation technology called “adaptive statistical iterative image reconstruction”. Basically, the system listens for noise in the image signal, identifies its cause and removes it.

But there’s more to the machine than the latest technology. Bursett says that while doctors like the machine’s technological features, his young patients are captivated by its design. That’s because GE industrial designer Doug Dietz decked out the scanner and the room to look like a pirate ship (see below).

“Some of our patients have never had a medical imaging procedure, let alone been in a hospital,“ Bursett says. “When scanning a patient using a typical scanner, they associate the scan with having a painful or long procedure. The patients tend to start feeling anxious and stressed. This helps them stay occupied while we perform the exam.” 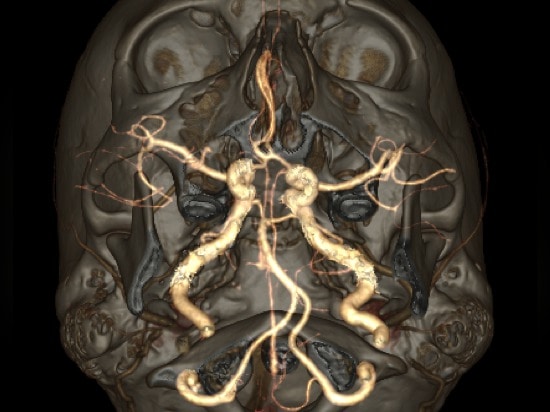 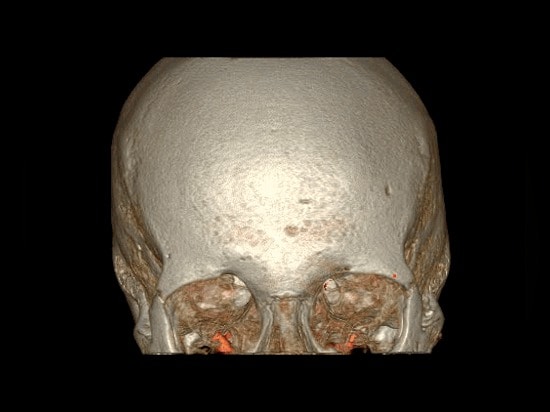 A GIF of the circle of Willis. Image credit: West Kendall Baptist Hospital 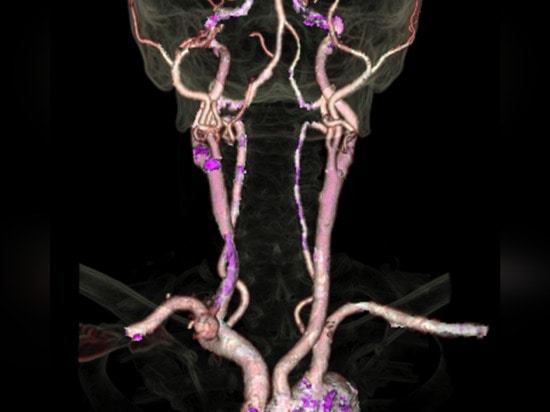 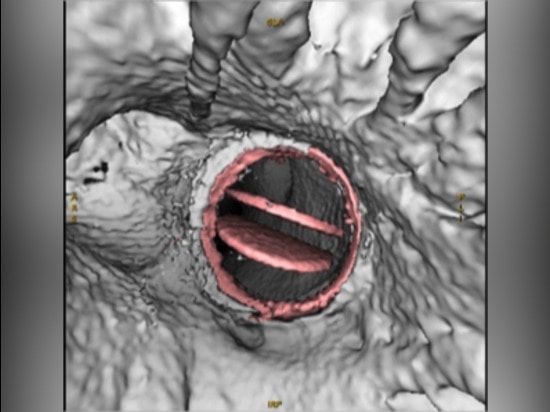 An image of a mechanical mitral valve made from metal and placed inside the heart. Image credit: Dr. J-L Sablayrolles, Centre Cardiologique du Nord, Saint-Denis, France 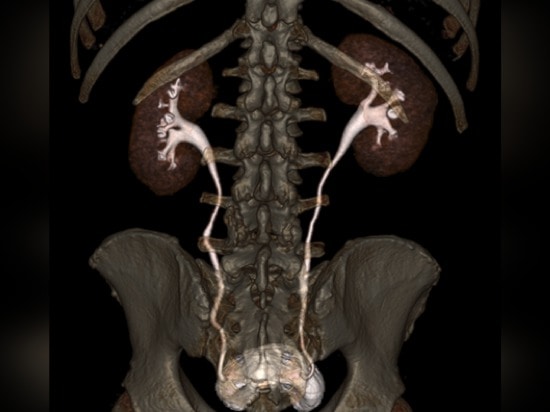