According to the World Health Organization, breast cancer is the most common cancer in women both in the developed and less developed world, and in the long term the scientists hope that the new method will lead to better prevention and early treatment of the disease.

"The method is better than mammography, which can only be used when the disease has already occurred. It is not perfect, but it is truly amazing that we can predict breast cancer years into the future," said Rasmus Bro, a professor of chemometrics in the Department of Food Science at University of Copenhagen. He stressed the method has been tested and validated only for a single population (cohort) and needs to be validated more widely before it can be used practically.

A new way of detecting diseases

Nevertheless, the method could create a paradigm shift in early diagnosis of breast cancer as well as other diseases. "The potential is that we can detect a disease like breast cancer much earlier than today. This is important as it is easier to treat if you discover it early. In the long term, it will probably also be possible to use similar models to predict other diseases," said Lars Ove Dragsted, a professor of biomedicine in the Department of Nutrition, Exercise and Sports. The method has been developed in cooperation with the Danish Cancer Society and the study was recently published in Metabolomics.

The researchers' approach to developing the method was adopted from food science, where it is used for control of complex industrial processes. Basically, it involves handling and analyzing huge amounts of biological data in a holistic and explorative way. The researchers analyzed all compounds a blood sample contains instead of - as is often done in health and medical science - examining what a single biomarker means in relation to a specific disease.

"When a huge amount of relevant measurements from many individuals is used to assess health risks - here breast cancer - it creates very high quality information. The more measurements our analyses contain, the better the model handles complex problems," continued Professor Rasmus Bro. The model does not reveal anything about the importance of the single biomarkers in relation to breast cancer, but it does reveal the importance of a set of biomarkers and their interactions. "No single part of the pattern is actually necessary nor sufficient. It is the whole pattern that predicts the cancer," said Professor Dragsted.

Based on population study

The research is based on a population study of 57,000 people followed by the Danish Cancer Society over 20 years. The participants were first examined in 1994-96, during which time their weight and other measurements were recorded and they answered a questionnaire. They also provided a blood sample that was stored in liquid nitrogen.

The scientists used the 20-year-old blood samples and other available data from 400 women who were healthy when they were first examined but who were diagnosed with breast cancer two to seven years after providing the first sample, and from 400 women who did not develop breast cancer. The method was also used to test a different dataset of women examined in 1997. Predictions based on the new set of data matched the first dataset, which indicates the validity of the model. 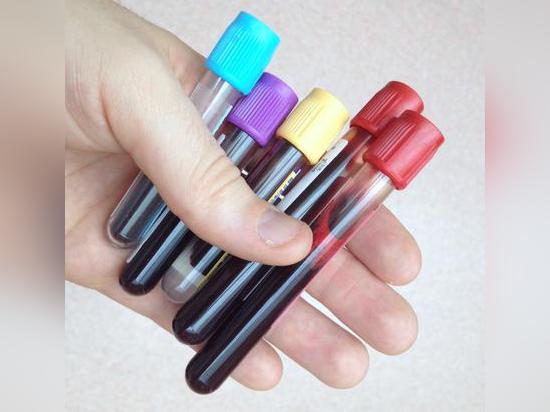