The Latest in High-Throughput Thermal Cyclers

While the impetus for the contemporary push toward ever greater throughput and automation in the life sciences initiated in coordinated efforts to sequence the human genome, parallel strategies to identify and characterize genetic expression patterns, both in real-time and at experimental endpoints, spurred an analogous growth of throughput-driven technologies that continues to proceed apace.

In the late 1990s, Roche began offering its LightCycler 480 system to potentiate thermal cycling, detection, and analysis of threshold cycle values for gene expression in quantitative reverse-transcriptase-PCR (qPCR) assays. The ability of these systems to deliver meaningful transcript expression data is founded on the Therma-Base technology utilized in their plate-based module, which delivers a high degree of thermal stability and homogeneity across multiwell plates. The engine driving rapid and predictable temperature changes lies within a circuit board employing Peltier elements, the venerable standards for most plate- and platform-based thermal cyclers.

The Peltier effect occurs when heat is absorbed or emitted at the junction between two dissimilar semiconductors through which a current is passed. A Peltier element is usually incorporated into a conductive metal block, with a ventrally adjacent finned sink through which heat can dissipate. Heating or cooling can be actuated and controlled via the amount and directionality of the current.

Roche has updated the LightCycler with an increased capacity from a maximum of 384-well to 1,536-well plates, a per-assay throughput improvement of four-fold. Commensurate with this increase, per-reaction volumes have decreased substantially, with a maximum of two microliters, versus 10 microliters for the 384-well format.

There is throughput, and then there is throughput. Although Peltier elements can deliver predictable and rapid temperature ramps, the constant strain inherent in activating and reversing their potential can cause them to break down over time, and the emitted heat that must be vented can expand the functional footprint of qPCR cyclers well beyond their measured cubic allotment. Alternately, plates can be moved through multi-chambered, water-based thermal cyclers that maintain stable temperatures in discrete baths and thus eliminate by up to 40 percent the time associated with Peltier element temperature ramps.

Several high-throughput water bath cyclers are available, and can deploy 96-well, 384-well, or 1,536-well plates in rapid succession. Additionally, they can accommodate the ultimate solution for automated PCR, Array Tape, which obviates the need for plates and can be run almost continuously like newssheet under a printing press because of its low volume and thermal mass. These are endpoint machines optimized for standard PCR. As such, they are primed to take on workflows for large-scale analyses such as mapping genetic interactions, or KASP assays to identify rare single nucleotide polymorphisms in novel biomarkers.

The Hydrocycler2 from Biosearch Technologies/LGC uses a circulation jet to maintain homogeneous water temperatures and eliminate the radiative edge effect that can often impact the consistency of high-throughput PCR assays. It can process 145,000 samples per workday, and can be incorporated into automated workflows using liquid handlers and robotic arms to transit plates or Array Tape from bath to bath. The Soellex unit improves upon this number with a 230,400-sample capacity, via iteration of three Array Tape spools containing 200 x 384-well arrays per spool. For laboratories looking to automate their genetic analyses, there are attractive options for both real-time and endpoint assays, in configurations suitable for the benchtop. 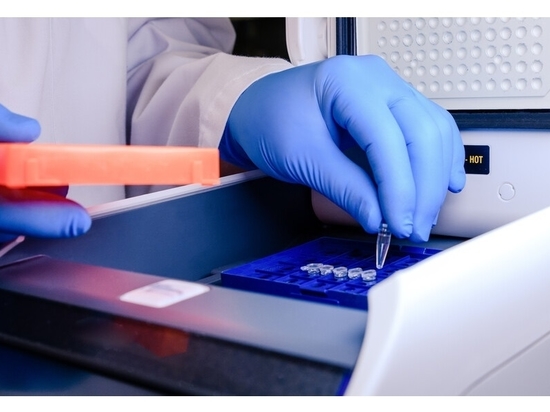