These patients often are very ill due to a heart attack or stroke, a serious accident, or major surgery and may be unable to breathe on their own because they are unconscious or sedated while they receive treatment, Cochrane Oral Health said. Ventilators also may be required to help COVID-19 patients breathe.

Ventilators supply oxygen through a tube in the mouth or nose or through a hole in the front of the neck. If germs enter through the tube and get into the lungs, VAP may develop, which can exacerbate the health of patients who already are ill and increase their risks of dying.

Antiseptic gel for the gums and teeth

Tools such as a suction tube to remove excess fluid, toothpaste, and other debris

To find out if oral hygiene care can prevent VAP and whether some types of oral hygiene are better than others, researchers at Cochrane Oral Health reviewed the evidence from 40 randomized control studies involving 5,675 people.

These subjects received treatment in hospital intensive care units and required assistance from healthcare staff for their oral hygiene care. Most studies involved adults only, though one focused on children and another on newborns.

The studies took place in China (10 studies), Brazil (six studies), the United States (six studies), and Iran (five studies), among other countries. The compared a range of oral healthcare such as mouthwashes, gels, or toothbrushes, against a placebo, usual care, or another treatment.

The Cochrane Oral Health researchers did not know if chlorhexidine affects the length of time that patients spend on a ventilator or if it leads to adverse and unwanted effects because they have too little confidence in the evidence, due to the studies:

Were conducted in ways likely to introduce error into the results

Or reported too little information

Also, compared to a lack of toothbrushing, the evidence suggest that toothbrushing may prevent VAP from developing in very ill patients (five studies), have little or no effect on the risk of dying (five studies), and make little to no difference in how long people spend on ventilators (four studies).

The researchers further did not know if toothbrushing affects patients’ length of stay in the intensive care unit or if it leads to adverse effects because they have too little confidence in the evidence, due to the studies reporting imprecise or inconsistent results or being conducted in ways likely to introduce error into the results.

The researchers concluded that oral hygiene with chlorhexidine probably prevents VAP from developing in very ill patients treated in intensive care units, though it probably has little or no effect on their risk of dying or length of stay in the intensive care unit.

Toothbrushing similarly may prevent VAP from developing in very ill patients treated in intensive care units, but it also may have little or no effect on patients’ risk of dying or how long they spend on a ventilator.

The researchers do not know if chlorhexidine or toothbrushing leads to adverse effects, because there is insufficient robust evidence, they said.

The study, “Oral Hygiene Care for Critically Ill Patients to Prevent Ventilator-Associated Pneumonia,” was published by the Cochrane Database of Systematic Reviews. 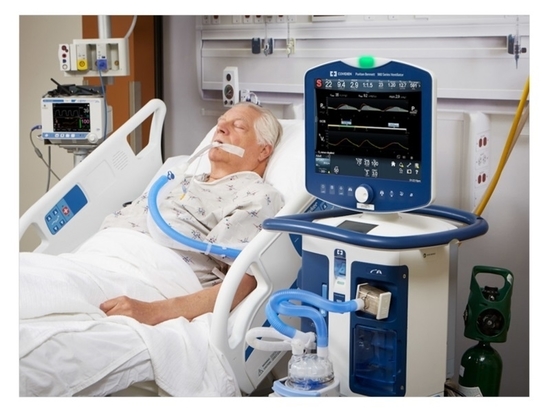