COPENHAGEN, Denmark: Recent research from the University of Copenhagen and Næstved Hospital in Denmark has demonstrated that periodontitis leads to an increased risk of bacterial contamination of donor blood. The study findings indicate that bacteria originating from the oral cavity evade the routine screening systems commonly used by blood banks. Despite this, the researchers emphasised the safety of blood donations.

According to the World Health Organization (WHO), approximately 120 million blood donations are collected globally per year. On average, six to 68 people per 1,000 inhabitants donate blood in Europe—Denmark being the country with the highest blood donation rate. To avoid infection from donated blood in recipients, WHO recommends that all blood donations should be screened for infections such as HIV, hepatitis B, hepatitis C and syphilis. According to the University of Copenhagen, all donor blood in Denmark is screened for hepatitis and HIV to reduce the risk of transfusion-transmitted infection.

A considerable number of the global population has periodontitis, and studies have increasingly linked this disease to other systemic diseases. Therefore, the researchers aimed to determine whether periodontitis, which often causes transient bacteraemia, may be associated with viable bacteria in standard blood donations.

As the risk of developing periodontitis increases with age, the research team analysed blood samples from 60 donors over the age of 50, 62% of whom had periodontitis. The researchers tested donor blood samples using different methods, including the same method as blood banks (oxygen-rich incubation). They also isolated the red blood cells and investigated growth under oxygen-free conditions.

In a university press release, lead author Dr Christian Damgaard, associate professor at the Department of Odontology of the University of Copenhagen, explained that the team had made an important observation: “None of the samples studied by the usual screening method showed bacterial contamination; thus, these products would have been approved for transfusion. On the contrary, when we studied the same samples using our more advanced method, we actually found viable bacteria in the blood.”

“[T]he most important point is to make sure that everyone sees the mouth as a part of our organism”— Dr Susanne Gjørup Sækmose, consultant at Næstved Hospital

The present study is an important contribution to the quality control of donor blood. However, the researchers stress that it is currently unknown whether the observed bacterial contamination has any clinical consequences. According to co-author Dr Susanne Gjørup Sækmose, consultant at the Department of Clinical Immunology of Næstved Hospital, clinical experience shows that receiving donor blood is generally safe.

It is important to identify risk factors such as periodontitis that may lead to bacterial contamination. Even though donors report any diseases that they may have that may affect blood quality to the best of their knowledge, few consider periodontitis a relevant disease and therefore might not inform the blood bank about it, said Sækmose.

She added: “Our study suggests that we may have to develop new methods for efficient screening of donor blood in the future. But really, the most important point is to make sure that everyone sees the mouth as a part of our organism. Basically, diseases in the mouth may affect our overall state of health.”

The study, titled “Periodontitis increases risk of viable bacteria in freshly drawn blood donations”, was published online on 2 February 2021 in Blood Transfusion, ahead of inclusion in an issue. 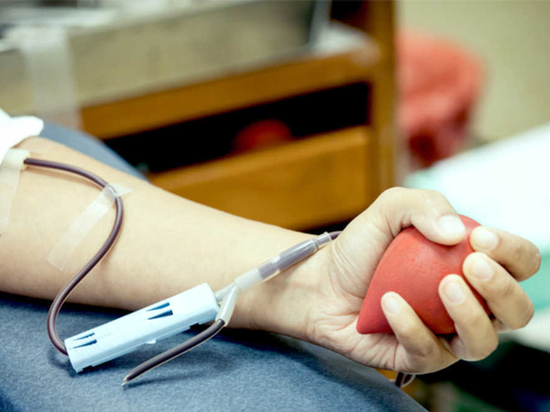 In a Danish study, blood donated by people with periodontitis showed a 6.4 times higher prevalence of viable bacteria compared with donors who did not have the disease.