Levels of the heavy metals cadmium, lead, and arsenic and the essential mineral manganese, measured in maternal blood during pregnancy, were associated with increased risk of ADHD and/or autism in the child.

This was reported in a new study from the Norwegian Institute of Public Health. This research does not show that metals and minerals are a direct cause of ADHD or autism because observed associations may have other explanations; however, the findings show the importance of more knowledge about how environmental contaminants may impact fetal development.

Environmental contaminants can impact children's development even in the mother's womb. Several heavy metals such as lead, mercury, arsenic, and cadmium are known or suspected to interfere with brain development and can reach the fetus through the placenta. This is also the case for minerals such as manganese, selenium, and copper, which in sufficient doses are important for a normal fetal brain development, while levels that are too low or too high can potentially be harmful. The research question in this study was whether any of these substances could increase risk for ADHD or autism in children. There are few studies that have investigated metals and minerals during fetal life and associations with ADHD or autism in children.

Heavy metals and minerals were measured in maternal blood during pregnancy in 2136 mothers from the Norwegian Mother, Father and Child Cohort Study (MoBa), where 705 children had an ADHD diagnosis, 397 had an autism diagnosis, and 1034 did not have a diagnosis. The study showed that levels of some of the heavy metals and minerals were associated with increased risk of ADHD, autism or both diagnoses. In some cases, both high and low levels in maternal blood were associated with increased risk, compared to normal levels. This study also took into consideration other factors that could be associated with metal and mineral exposures and developmental diagnoses, like maternal education, age, parity, seafood consumption, smoking and child sex and birth year.

Most people, including pregnant women and the unborn children, are exposed to thousands of chemicals. Still, we know surprisingly little about how this can impact the fetal brain development. We need more research to gain knowledge about causal relationships between environmental contaminants and brain development, says Thea Skogheim and Gro Villanger, two of the researchers of the study.

It is important to emphasize that the associations that were found in the study are on a group level and that factors that were not included may have affected the results. Thus, one cannot claim that these metals and minerals is a direct cause of ADHD and autism. There are many different factors that contribute to the development of these disorders, where particularly heredity is important. Yet, there is likely a complex interplay between genes and environmental factors, such as environmental contaminants.

Previous studies in this field have mainly focused on the most known and toxic heavy metals, such as lead and mercury. They have also based their research more on parent-reported ADHD symptoms in the children than on register-based diagnoses. The findings in this study support results from similar studies from other countries. However, this study is among the first that have investigated 11 different metals and minerals together with ADHD and autism diagnoses. The exposures were investigated both individually and as mixtures.

Toxic heavy metals such as mercury, lead, arsenic, and cadmium are naturally occurring in the environment, but due to human activity such as pollution from industry and mining, there are elevated levels in the environment. According to the Norwegian Environment Agency, the use of lead ammunition is the greatest source (67%) of emission of lead in the environment in Norway. Both natural occurrence and emission from industry to soil and water leads to food being the greatest source of metals and minerals. Some of the substances (mercury, lead, cadmium) accumulate in the food chain and can be transferred from mother to child during pregnancy.

Lead and cadmium are found in many of the food items that we most frequently ingest, such as grain products and vegetables, in addition to beverages. There are elevated levels of cadmium in organ meat (kidney and liver) and brown crab meat. Cigarettes are also an important source of cadmium.

Families that have game meat as part of their daily diet get additionally exposed to lead, combined with the exposure from other food products. According to warnings from the Norwegian Food Safety Authority, young, pregnant, and breastfeeding women as well as children below the age of seven, should not eat game meat that is shot with lead ammunition.

There are particular warnings from the Norwegian Food Safety Authority about the intake of seafood from polluted areas in Norway (ports, fjords and lakes). The population is exposed to arsenic mainly through food and drinks, and in Norway fish and seafood are one of the greatest sources. In fish and seafood most of the arsenic are organic forms that are considered less toxic than inorganic forms. Both human and animal studies have shown harmful effects on the nervous system following exposure to inorganic forms.

Even though manganese is essential for many biochemical processes in the body, excessive levels over a long period of time can also be harmful, especially for the brain and nervous system. The greatest human exposure source is food (grain products, green vegetables, nuts) and multivitamin supplements. Additionally, exposure can occur through cosmetics, drinking water, air pollution, and occupational sources. In the Norwegian population, there are some occupational groups working with metals that are exposed to high levels of manganese. In areas of the world with high levels of manganese in the soil and groundwater (such as drinking water) or where mining contributes to high air concentrations, studies have shown associations with behavioral problems, cognitive deficits, reduced learning abilities, and lower school performance in children.

A need for more knowledge about environmental contaminants in the population

This study includes children born between 2002 and 2009. There is, however, limited knowledge about present day levels of exposure. Even though bans and regulations for some of the heavy metals (e.g. mercury and lead) have been implemented, many metals are transported through air and ocean currents across the globe. Thus, we do not know the levels of metals and other environmental contaminants in the Norwegian population as of today, nor in vulnerable groups such as pregnant women and children. It is therefore important that we gain more knowledge about this, says Skogheim and Villanger.

The Norwegian health authorities estimates that about 3–5 percent of children and youth below the age of 18 have ADHD. This entails that on average, there is one child with ADHD in each school class. In Norway, around 1 percent of all children will have received a diagnosis of autism by the age of eight years. By discovering potential environmental risk factors that contribute to ADHD and autism, this can support and initiate preventive measures.

The study is published in the journal Environment International. 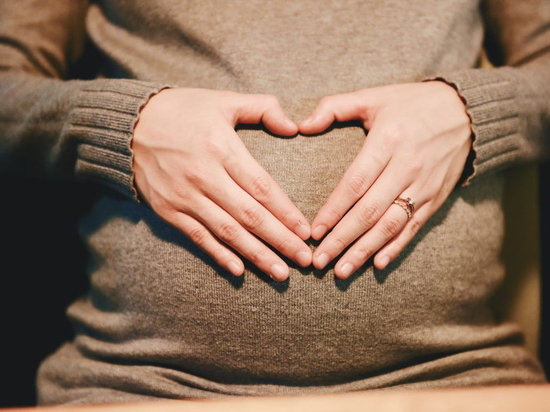