Only 10% of EDs are for pediatric patients. Telehealth could help tackle this gap

In fact, only about 10% of EDs in the United States have a pediatric-specific department, and most report not having the resources needed to treat common emergency conditions such as bronchiolitis, asthma exacerbation and acute appendicitis, according to a report from the International Journal of Emergency Medicine.

That, coupled with the fact that roughly 20% of all ED visits are for children, means that many pediatric patients with severe illnesses – especially those in rural or underserved areas – will need to be transferred to a different facility better equipped to handle their needs.

This is a problem that University Hospitals in Cleveland, Ohio, knows all too well.

“We’re a large academic health system but we also have a large network of community EDs and urgent care centers that are transferring patients downtown,” Dr. Brian D’Anza, the medical director of telehealth at University Hospitals Health System, told MobiHealthNews.

“When we looked at the data, we found that we did get frequent transfers from these outlying sites to our central pediatric Rainbow Babies and Children’s ED. The reason being, they were being transferred there just to see that pediatric-trained emergency room provider.”

Not only can these transfers be time-consuming and scary for families, but they also result in unnecessary healthcare costs, according to D’Anza. He and his team decided to set up a synchronous telehealth program to connect University Hospitals’ network of EDs and urgent care facilities with pediatric specialists at its central location to avoid transfers that weren’t medically needed.

"It’s not like we’re trying to get them hooked up with a chatbot or even asynchronously. So there’s a certain trust factor and the idea that we want to be providing compassionate care here at University Hospitals. So we really felt that a synchronous video interaction was going to be necessary for something like this.”

The project kicked off in April 2020, and thanks to some existing technology that the health system already had in place from other telehealth programs went live in five community ED facilities the following month.

Right out the gate, D’Anza says the program was a success. The system quickly expanded to five more facilities in June, and will move to the remaining seven over September and October.

Since it began, the pediatric telehealth consultation program has completed over 150 visits, with about 74% of them preventing a transfer to another care institution.

“If you calculate the amount of money that’s saved in direct transfer costs, both to the family for transfer costs, and then the revaluation professional fees, we found it was over $100,000 that was saved in costs that would have otherwise been the responsibility of patients, families or insurance,” D’Anza said.

“So I think that was really good to see that we were making a real difference there. And then just hearing some of the stories of the families, when you can avoid a transfer from one institution to another, going in an ambulance, whatever it may be, that’s just a scary situation for kids. So families were very appreciative and really happy with the program.”

Based on the success of this program, University Hospitals has expanded the use of ED telehealth consultations to other subspecialty areas, including to its ear, nose and throat, palliative care, neurology, and vascular medicine departments.

“We’ve used this program as evidence of why telehealth makes sense in certain circumstances – and why it can actually reduce the cost of care and reduce morbidity and reduce unnecessary spend in healthcare. And really at the heart of it is maintaining the connections with patients. And in utilizing telehealth, it actually improved care, and is not just replicating it,” D’Anza said. 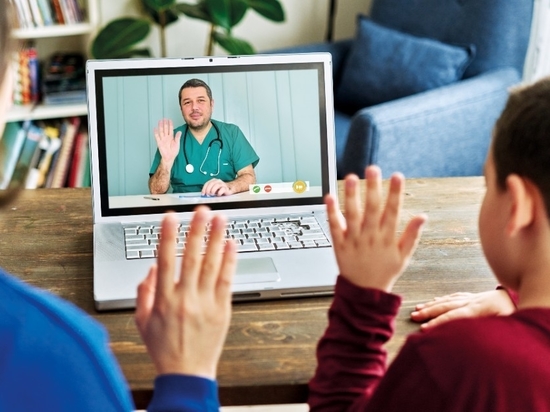