How the elderly interact with smart technology has long been a topic of conversation among news outlets. Though most only ever speculate on how the two will collide, there is a good reason for the discussion. Smart technology adoption rates in residential spaces are growing and by 2040 it is expected that one in five Americans will be over the age of 65.

This potential collision of older generations with newer, more futuristic technologies was at the core of a recent study by Bentley University in conjunction with the Waltham Council of Aging, according to EurekAlert. In particular, the research, which was part of an even greater study funded by the National Science foundation, focused on how the elderly interacted with smart speakers within the home with Waltham, Massachusetts and its elderly population as a testbed.

Researchers at Bentley conducted the study by deploying smart speakers in seven homes with individuals or couples aging-at-home over the course of several months to a year. Ultimately, the data collected from this research was used to analyze usage patterns among the population being researched.

One of the largest findings of the research was there was no one specific pattern that all of the participants seemed to gravitate towards. Instead, the information revealed a broad range of usage. Interactions were spread throughout the morning and afternoon with music and news being the more popular functions. The interactions also stuck towards simple commands rather than long conversations.

In almost all cases, the participants did not adapt to sustained use over longer periods. For example, one user who stuck with the smart speaker for over a year, very enthusiastically used the smart speaker in the beginning of the research before falling off to a more moderate use schedule over time.

Despite having concluded, however, the team that conducted the research plans on following up by developing software platforms designed for the elderly to manage health info while also exploring the design of voice skills in technology for the elderly. The team is also publishing the results of this work in Big Data Journal.

“Smart speaker technology has the potential to be more than a surveillance or shopping device particularly for population segments such as the aging-at-home. Our study shows that the elderly can use this voice-based technology more easily. Future research can develop specific voice skills aimed at this population segment,” says Dr. Sandeep Purao, a professor of information and process management and one of the lead researchers. 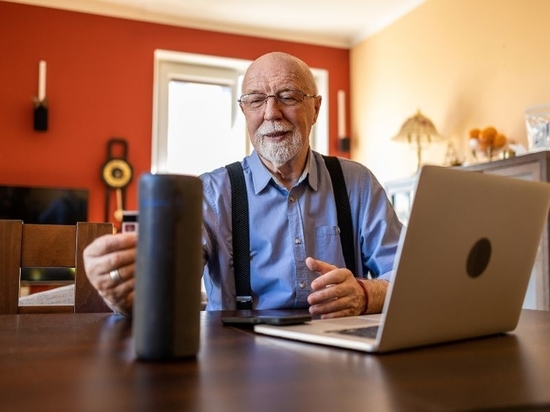