Researchers at the Harvard Wyss Institute have developed a biomaterial-based vaccine technology that could provide prophylactic protection against bacterial infection and septic shock.

The technology is delivered as a biomaterial scaffold. Once inside the body, it captures bacterial pathogens and then recruits and activates dendritic cells to initiate a broad immune response against the pathogen of choice. So far, the technology has demonstrated protective efficacy against sepsis in animals.

Bacterial infections, once largely controllable with antibiotics, are becoming a growing problem with the rise of bacterial resistance. Sepsis is a life-threatening condition, which kills millions each year, and is the most serious manifestation of this problem. Despite the prolific nature of the associated microbes, we currently have no vaccines that can prime our immune systems to more effectively fight them.

This latest technology aims to change that. Dubbed as ciVAX by the researchers behind it, the system combines two previously developed technologies into a powerful vaccination tool. One is a protein system that can bind a huge variety of pathogens, and consists of Mannose Binding Lectin (MBL) that is fused with a portion of an antibody. The second is a scaffold biomaterial, composed of mesoporous silica, that has previously been developed by the research group as an anti-cancer vaccine candidate.

The combination results in binding bacterial molecules from a desired pathogen to MBL on magnetic beads and combining these beads with a mesoporous silica biomaterial. Once implanted, the biomaterial scaffold recruits dendritic cells, and activates them, causing them to present the bacterial molecules to other elements of the immune system within the lymph nodes, resulting in a broad immune response against the pathogen in question.

So far, the vaccines have performed well in experimental animals. In a pig model of sepsis, the vaccine protected all four vaccinated animals, whereas four control animals developed severe sepsis.

“The protective powers of the vaccines that we have designed and tested so far and the immune responses they stimulated are extremely encouraging, and open up a wide range of potential vaccine applications ranging from sepsis prophylaxis to rapid measures against future pandemic threats and biothreats, as well as new solutions to some of the challenges in veterinary medicine,” said David Mooney, a researcher involved in the study, in a Wyss Institute press release. 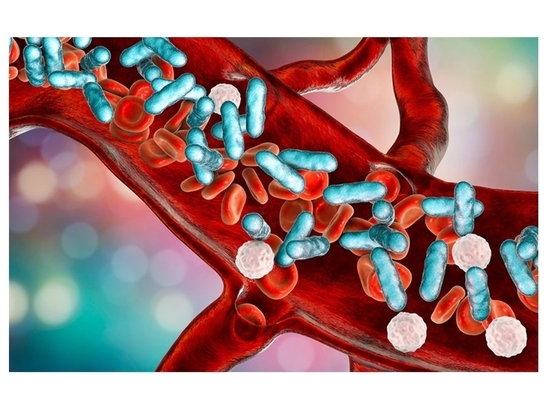