Disease Surveillance With Every Flush: Introducing the Smart Toilet

Every bowel movement is rich in information about our digestive health. So, why do we literally flush all that data down the drain?

“The flush toilet is the one piece of technology in your home that has not fundamentally changed since they became affordable to the general population and began moving inside homes in the late 19th century,” said Dr. Grego, an associate research professor at Duke and the founding director of the Duke Smart Toilet Lab, in Durham, N.C.

The smart toilet prototype is equipped with sensors that can classify stool samples according to the Bristol Stool Form Scale and detect blood in stool.

Current surveillance methods require people to vigilantly track and report the shapes of their stool, said Dr. Fisher, who recently left Duke for Eli Lilly and Co. This approach inevitably leads to attrition. The other option is to bring their stool samples into the clinic or manually mail stool to a lab for analysis, tasks that many people find, well, icky.

“Nobody wants to do that,” Dr. Fisher said.

The beauty of the smart toilet is that people never have to touch the product. You just use the loo in the manner of time immemorial and flush as usual. The toilet does the rest.

There’s potty training—and training potties. The Duke team supplied an algorithm with 3,328 pictures of different stool samples. These were classified according to the seven levels of the Bristol Stool Form Scale and collapsed into three broad categories: loose, normal, constipated. Experts in machine learning selected images to coach an algorithm and then tested on remaining images how well the algorithm classified stool shapes. A subset of these images, which were gathered online or provided by volunteers, also had blood in stool.

Although the smart toilet is still in the prototype phase, the technology has been licensed to a startup, Coprata Inc., to be developed into a commercial product. 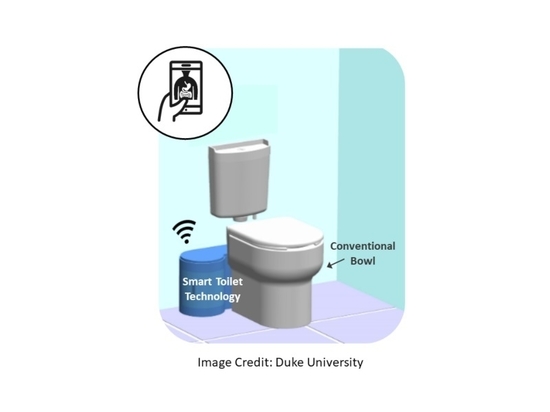