Concerning Increases in Youth Living with Diabetes in the US

Type 1 diabetes remains the most common type of diabetes in US youth according to a report published in JAMA, “Trends in Prevalence of Type 1 and Type 2 Diabetes in Children and Adolescents in the United States, 2001-2017.”

“Increases in diabetes are always troubling—especially in youth. Rising rates of diabetes, particularly type 2 diabetes, which is preventable, has the potential to create a cascade of poor health outcomes,” said, Giuseppina Imperatore, MD, PhD, chief of the Surveillance, Epidemiology, Economics, and Statistics Branch in CDC’s Division of Diabetes Translation. “Compared to people who develop diabetes in adulthood, youth are more likely to develop diabetes complications at an earlier age and are at higher risk of premature death.”

Additional key findings from the report:

From 2001-2017, significant increases in the number of youth living with type 1 diabetes were observed in among ages five to nine, 10–14, and 15–19 years, in both sexes and for each racial and ethnic group.

From 2001–2017, significant increases in the number of youth living with type 2 diabetes were observed in youth aged 10–14 and 15–19 years old, in both sexes and for each racial and ethnic group.

The impact on youth from diverse racial and ethnic groups may also be linked to social determinants of health such as where children live and play.

“More research is needed to better understand the underlying causes of the increases we’re seeing in type 1 and type 2 diabetes in US youth,” said Jean M. Lawrence, ScD, MPH, MSSA, the lead author on this paper, and director of the Diabetes Epidemiology Program, Division of Diabetes, Endocrinology, and Metabolic Diseases in the National Institute of Diabetes and Digestive and Kidney Diseases at the NIH. “Increasing prevalence of type 2 diabetes could be caused by rising rates of childhood obesity, in utero exposure to maternal obesity and diabetes, or increased diabetes screenings. The impact of diabetes on youth is concerning as it has the potential to negatively impact these youth as they age and could be an early indicator of the health of future generations.”

These findings come from the SEARCH for Diabetes in Youth study, funded by the Centers for Disease Control and Prevention (CDC) and the National Institutes of Health (NIH). 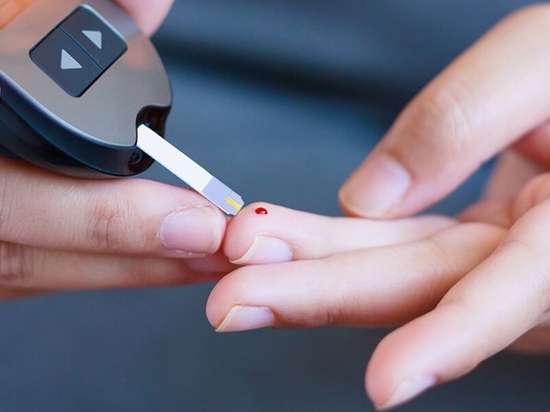