Clinicians have spent even more time in the EHR during COVID-19 – is telehealth to blame?

A study published in the Journal of the American Medical Informatics Association found that ambulatory clinicians spent less time in electronic health record systems at the start of the pandemic.

That initial valley was short-lived, however, according to the report. By July 2020, clinicians were spending consistently more time in the EHR than before COVID-19.

Researchers pointed to two major factors appearing to drive the increase: clinical review, where clinicians view test results and patient history, and in-basket messages from seven possible sources. "An obvious potential driver of this finding is that many clinicians delivered care virtually via telemedicine, including both phone and video visits," observed researchers.

"The rapid proliferation of virtual visits may have had implications not only for how clinicians deliver care during the encounter but also how patients expect to interact with their clinician outside of the boundaries of the scheduled appointment," they added.

As researchers noted in the study, clinicians in the United States already have a greater EHR burden than those outside the country, potentially (but not always) contributing to burnout.

In response, stakeholders have sought to examine the causes – and repercussions – of any increases in EHR time.

For this particular study, researchers examined de-identified EHR metadata from 366 healthcare systems – which they characterized as a sample representing nearly all of Epic's ambulatory customer base – between December 29, 2019 and January 2, 2021.

They found that both EHR time and after-hours time per day dropped significantly during the first four months of the pandemic – but then rebounded.

"From July 5, 2020, onward, total EHR time per day was slightly higher than in the pre-COVID period … while after-hours time saw a smaller increase," they noted.

In-basket messages were a large contributing factor, with clinicians receiving 157% of their pre-pandemic messages from patients per day. Each of those messages, said the researchers, resulted in an additional 2.32 minutes of EHR active-use time.

Researchers pointed to the effect telemedicine may have had on both of these components.

"Telemedicine may demand more EHR time, especially in EHR work outside of the traditional 'visit' as clinicians rely more on EHR-based Clinical Review and receive more In-Basket messages," they noted.

"For Clinical Review, it may be that telemedicine encounters led to an increased reliance on previous documentation and viewing of test results in the EHR, or the increase in messages required clinicians to go back and review their own documentation before responding to patients," they continued.

As for increased messaging, researchers hypothesized a connection with telehealth there too: "The proliferation of telemedicine may have encouraged more patient portal sign-up and use – both of which had historically been low."

"Once patients became familiar with portals, they likely became more willing to message with clinicians," they added.

"Policymakers and health system leaders should keep these new demands on clinician time in mind as they develop future reimbursement models and workflows, taking care not to exacerbate EHR-driven clinician burnout," the study concluded.

Other studies have also noted the increase in patient messaging via Epic during COVID-19, although researchers did not pinpoint a particular cause.

They did, however, raise concerns about those messages exacerbating feelings of stress and burnout already present during the pandemic.

"Given the existing physician burnout crisis and the already known pandemic-related stressors and risks to the physician workforce, the additional inbox burden reported here warrants additional exploration to assess the nature of pandemic-related medical advice requests and the generalizability of these findings," wrote researchers in a study published this past October.

"Though calls for continued use of telemedicine have grown, finding the right reimbursement structure may be challenging, with many open questions such as whether phone visits should be reimbursed at the same level as video visits and how virtual care should be integrated into clinician workflows," observed the researchers in the JAMIA study. 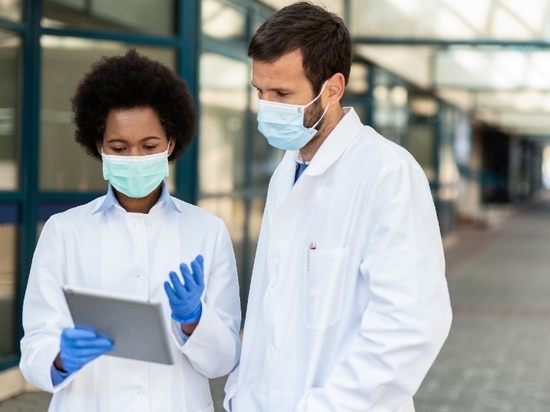