Because medical devices are but one piece of the healthcare ecosystem, it makes sense for medtech firms to design healthcare systems rather than devices alone.

“A company that is designing a product for the operating room doesn’t want to just supply, for instance, the operating table. They want to supply the lights, and just about everything else,” said Ben Davenport, site director at Nypro Healthcare, an outsourcing company based in Coppel, TX, in an interview at MD&M West. “They want to supply it and say, ‘That is my surgery system.’”

Medical device engineers should also think about how their products integrate with other related products, whether it be other medical products or computer systems. “Instead of just looking at a device, look at the device plus the computer that hooks up to it. Or look at how it connects to an iPhone app,” Davenport said.

notion of optimizing for all of the stakeholders involved. Products sometimes fail to gain traction because they might reduce cost for one stakeholder while raising them for another. The relationship has been likened to a balloon.

“In that balloon analogy, you squeeze in one end and it pops up on the other. The reality is that it doesn’t have to be that way—as that would be a zero sum game,” Womble says. “What we are saying is that by designing for costs from day one, you are making it not a zero sum game but a value-add game. That mindset changes everything.”

“Now, some of our customers are vertically integrated, but I would say the majority are not,” Womble said. “They want to spend more of their money on sales and R&D, and less on manufacturing. Probably the reason why is that they are realizing that their return on investment on sales and marketing and research and development yields a higher value than their return on investing in bricks and mortar for manufacturing.”

This trend is spurring more of a team dynamic between device companies and contract manufacturers rather than a client–vendor relationship.

“The analogy I like to give is we have a mitochondria in our cells, which provides energy. But it was a bacterium at one point. And the bacteria got integrated into the cell,” Womble explained. “I am seeing that same sort of principle with respect to the evolution of contract manufacturing, where it is more of a symbiotic relationship.” 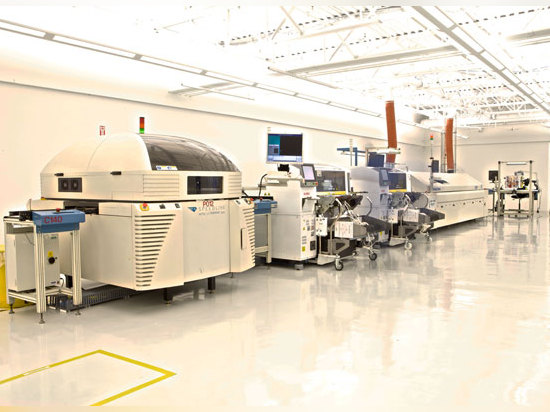 Outsourcing firms servicing medical device customers will likely continue to expand their service offerings into the future, according to professionals at Nypro. Image courtesy of Nypro.
*Prices are pre-tax. They exclude delivery charges and customs duties and do not include additional charges for installation or activation options. Prices are indicative only and may vary by country, with changes to the cost of raw materials and exchange rates.
Compare
Remove all
Compare up to 10 products