Surgeons at Israel’s Shaare Zedek Medical Center (SZMC) have successfully transplanted the world’s thinnest artificial cornea into the eye of a patient, according to a Jerusalem Post report.

Developed by medical device manufacturer EyeYon, the implant itself was just 50 microns thick and 3D printed from synthetic materials, to ensure that it wouldn’t be rejected by its human host. Having now been used to restore the sight of a local patient, in what’s believed to have been the first procedure of its kind, the device is expected to drastically improve the future availability of corneal transplants.

“This is another step toward a future in which the dependence on the availability of human tissue for the purpose of performing corneal transplants in patients who need it will be reduced,” Dr. Liron Berkovich, one of the team behind the transplant, told The Jerusalem Post. “Instead of using a cornea from a person who has died, they will use a custom-made cornea with full availability.”

According to EyeYon, the human ocular endothelium can never regenerate, and when it’s injured or shows signs of aging, this can lead to something called a ‘corneal edema.’ Early signs of the condition include pain, swelling and clouded vision, but if left untreated it can cause permanent damage to the eye and affect people’s ability to see.

At present, treating corneal edemas tends to rely on donated tissues, meaning that patients often have to wait for months before undergoing corrective surgery. What’s more, such procedures don’t come with a guarantee of success, as the body can reject donor corneas, leaving some of those that undergo treatment continuing to suffer from vision loss.

As an alternative to biological implants, EyeYon has now developed ‘EndoArt,’ a 3D printed cornea made from a sterile biocompatible acrylic that’s said to be inherent to human tissue. Once applied, the device is designed to attach to the posterior of patients’ corneas, before creating a passive barrier to the fluid that builds up to cause edemas, while allowing for optical nutrition exchange around its sides.

By producing the EndoArt synthetically, the firm says it could be possible to make edema treatment more “globally available” in future, while using 3D printing to manufacture it allows the company to continue iterating upon the device’s design.

However, prior to its deployment at the SZMC, the implant may have gained Israeli Health Ministry approval following a similar application from EyeYon to the US FDA, but it had only previously been shipped to the Netherlands, India and China.

Giving the gift of restored sight

Having successfully tested its implants on rabbits in lab settings, EyeYon has been seeking to put them into practice by using them to treat human patients, and it chose an SZMC case to do so. The patient in question was a 71-year-old Muslim Arab from Jerusalem, whose body had previously rejected an implant sourced from a cadaver two years ago, thus he continued to suffer from ocular discomfort.

Performed by SZMC’s Professor David Zadok and Dr. Liron Berkovich, a corneal disease specialist, the operation saw a two millimeter incision being made into the patient’s eye, through which the device was attached to their endothelial tissue.

Since the surgery, the patient’s vision is said to have been restored, and he no longer suffers from the discomfort caused by the swelling of fluids in his eye. As an added bonus, it has been reported that the procedure didn’t require him to stay in the hospital for recovery at all, and he was able to arrive, receive treatment and leave in a single day.

Following the successful transplant, Zadok revealed that his department performs 60 to 70 corneal procedures per year, and around half of these could soon involve using synthetic implants instead. On this occasion, EyeYon is believed to have provided the EndoArt free of charge, but it’s expected that any future orders would have to be paid for via Israel’s health service, as part of a commercial transaction.

In the past, 3D printing has not just been deployed to create optimized optical transplants, but implants for those patients suffering from damaged eye sockets as well. Late last year, a man from London reportedly became the recipient of the world’s first 3D printed eye transplant via a clinical trial, through which it was hoped that the technology would showcase its ability to slash patient waiting times.

At the University of Basel, meanwhile, researchers have come up with a 3D printed eye socket implant, designed to reduce the risk of rejection upon human transplantation. Produced from PEEK using a Prusa i3 3D printer, the porous device is said to be highly customizable, meaning that it can be tailored to meet the needs of individual patients, and better foster cellular regeneration.

In the world of veterinary medicine, a team at Chungbuk National University have also previously developed low-cost 3D printed eyes for dogs. Designed to treat those canines that have lost their real eyes due to incurable diseases, the implants can be rapidly 3D printed from off-the-shelf biocompatible resin, potentially making them a cheap and accessible option for use in veterinary procedures. 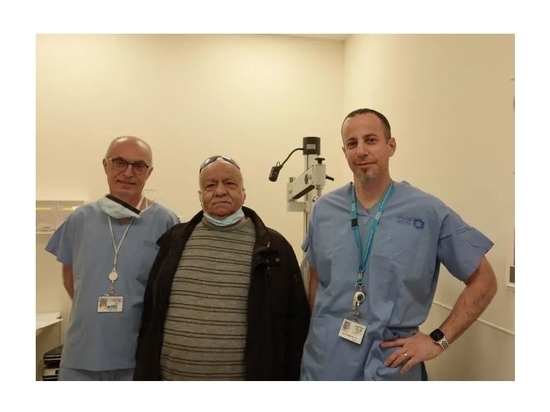 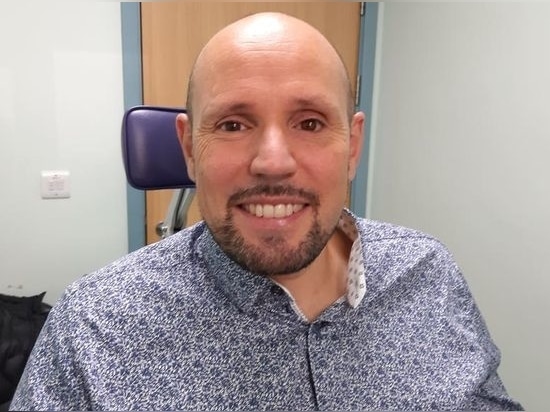