This Ultrasound Technique Can Penetrate Bone

Researchers recently developed a technique that enables ultrasound to infiltrate both bone and metal, using custom structures that offset distortion usually caused by the “aberrating layers.”

In the future, researchers may be able to eliminate ultrasound image distorting when bone or metal interferes or blocks the waves creating the image, according to a news release from North Carolina State University (Raleigh, NC). Tarry Chen Shen, a PhD student at NC State and lead author of the paper detailing the work, recently spoke to university news about the development.

“We’ve designed complementary metamaterials that will make it easier for medical professionals to use ultrasound for diagnostic or therapeutic applications, such as monitoring blood flow in the brain or to treat brain tumors,” he said. “This has been difficult in the past because the skull distorts the ultrasound’s acoustic field.”

Ultrasound imaging essentially works by emitting high frequency acoustic waves that, when bounced off of an object, will return to the ultrasound equipment that translates the waves into images. Unfortunately, some materials such as bone or metal can block or distort the acoustic waves from the ultrasound. These obstructive materials are known as aberrating layers, and can cause all sorts of problems for medical professionals when trying to image and diagnose patients.

Researchers decided to address this problem by designing custom metamaterial structures that take into account the acoustic properties of the aberrating layer before offsetting them. The metamaterial structure uses a series of membranes and small tubes to achieve the desired acoustic characteristics that will help produce a more clear, undistorted image.

Manipulating sound waves has long been a method to help work around aberrating layers, in an effort to help consistently produce clear ultrasound images. Earlier this year, a device known as an acoustic field rotator was developed to help improve ultrasound images, a technology that also taps into metamaterials to manipulate sound waves. While the understanding is there, applying the principles to a practical device is the next step.

While the researchers at NC State have tested the technique using computer simulations, they’re still in the process of developing and testing a physical prototype. So far in simulations, only 28% of ultrasound wave energy makes it past an aberrating layer of bone when the metamaterial structure is not in place. However, once researchers applied the metamaterial structure, the simulations showed that 88% of ultrasound wave energy passes through the same aberrating layer of bone.

For now, the results are proving to be quite astounding, as the metamaterial structure almost renders the aberrating layer completely ineffective. Researchers also believe the technology can be developed for therapeutic purposes such as using ultrasound energy to burn potential brain tumors, or other malignant tumors. 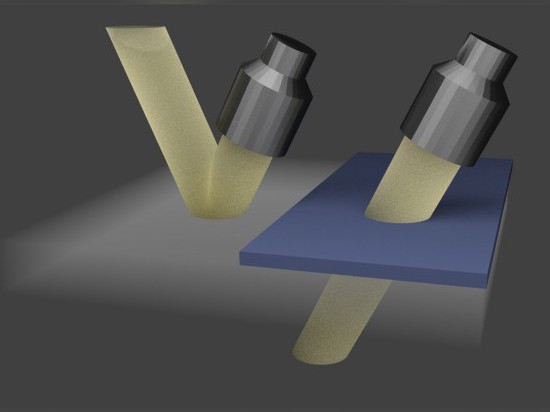 Ultrasound could see through bones thanks to novel metamaterials.