COLOGNE, Germany: Less than nine months remain until the 40th edition of the International Dental Show (IDS), which will take place in Cologne from 14 to 18 March 2023, and the momentum is steadily building. Organisers recently announced that more than 850 companies from over 50 countries have confirmed that they will be participating in IDS 2023, which will also mark the 100th anniversary of the event.

For over 30 years, IDS has been held at the Koelnmesse trade fair grounds in Cologne. Although IDS 2021 was postponed—for the first time in its history—by six months owing to the pandemic, it nevertheless attracted around 23,000 visitors from 114 countries as well as 830 companies from 59 countries and consolidated the show’s position as the leading dental trade fair worldwide.

A preliminary list of exhibitors for IDS 2023 indicates that the highest level of participation will come from companies based in Germany, Italy, South Korea, France, Switzerland and the US. The increased number of exhibitors has also caused the gross exhibition space to increase from 115,000 m² in 2021 to a planned 180,000 m² across seven halls for 2023.

As a result of the difficult circumstances presented during 2021, a number of IDS stalwarts, including Dentsply Sirona, Nobel Biocare, KaVo Kerr, Henry Schein and Ivoclar Vivadent, elected not to attend IDS 2021. According to the preliminary exhibitor list, Ivoclar Vivadent is the only one of these companies to have confirmed its attendance for IDS 2023 thus far.

In collaboration with its German partner, OEMUS MEDIA, Dental Tribune International (DTI) will be releasing another dedicated today show daily edition for IDS. For two decades, the newspaper has been the trusted partner of exhibitors at IDS and the most comprehensive news source for visitors to the show. In addition, DTI will be providing dental professionals with the most important information leading up to IDS as well as extensive live coverage from Cologne on its dedicated website, international-dental-show.dental-tribune.com.

More information about IDS can be found at ids-cologne.de. 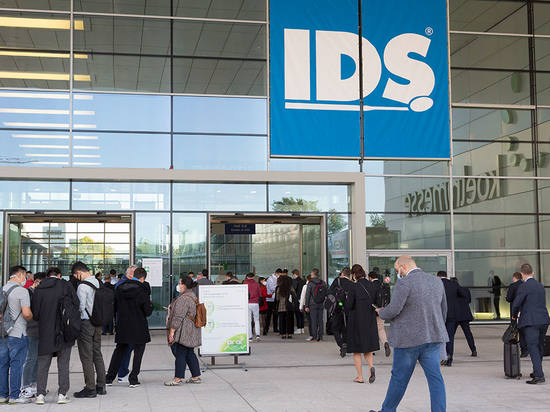 Companies from more than 50 countries are already registered to exhibit at IDS 2023.