Research led by the Centre for Precision Health at Edith Cowan University in Perth confirms a genetic link between Alzheimer’s disease and gastrointestinal tract disorders.

The scientists who carried out the study say their results show a shared susceptibility overlap for the two types of conditions across several genes involved with pathways such as lipid metabolism and autoimmunity.

As outlined in the Communications Biology paper describing this work, an increasing number of studies report co-occurrence of dementia, particularly Alzheimer’s disease, and certain gastrointestinal conditions such as gastritis and gastroesophageal reflux disease. Other studies have also linked changes in the gut microbiome with neurodegenerative conditions like Alzheimer’s disease.

To investigate why these two conditions may be linked, Simon Laws, a professor at Edith Cowan University, and colleagues carried out a study to assess whether the two conditions have shared genetic susceptibilities.

They analyzed the results from several genome wide association studies of Alzheimer’s disease and a number of different gut disorders including up to 456,327 people.

“The study provides a novel insight into the genetics behind the observed co-occurrence of Alzheimer’s and gut disorders,” said first author Emmanuel Adewuyi, a post-doctoral research fellow at Edith Cowan, in a press statement.

“This improves our understanding of the causes of these conditions and identifies new targets to investigate to potentially detect the disease earlier and develop new treatments for both types of conditions.”

The shared pathways identified in the research included those involved with lipid metabolism, autoimmunity and immune evasion (PD-1 signaling), and metabolism of lipase inhibitors and statins, among others.

“Whilst further study is needed into the shared mechanisms between the conditions, there is evidence high cholesterol can transfer into the central nervous system, resulting in abnormal cholesterol metabolism in the brain,” noted Adewuyi.

“There is also evidence suggesting abnormal blood lipids may be caused or made worse by gut bacteria (H. pylori), all of which support the potential roles of abnormal lipids in Alzheimer’s disease and gut disorders.” 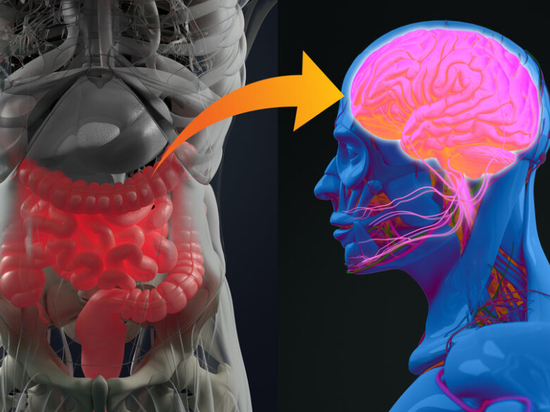