Experts at MIT have developed ultrasound stickers that can be worn in the same manner as a Band-Aid while also producing diagnostic quality images in real-time.

The innovative technology was recently described in a paper published in Science.

The bioadhesive ultrasound (BAUS) device is made of adhesive layers and rigid transducers that use a combination of a soft, tough, antidehydrating and bioadhesive hydrogel-elastomer hybrid to stick to the skin. It can be worn for up to 48 hours to produce continuous images throughout the duration of its application.

“Ultrasound is widely used for the noninvasive imaging of tissues and organs, but this method requires close contact between the transducer and the target area,” said senior author, Xuanhe Zhao, professor of mechanical engineering and civil and environmental engineering at MIT. “This can make it difficult to acquire images over a long period of time, especially if the patient needs to be mobile.”

To test the patches’ effectiveness, the experts had a group of volunteers wear them for a period of 48 hours while completing an array of activities. During this time the patches were attached to an instrument that can translate sound waves into images.

According to the authors, the patches produced live, high-resolution images of major blood vessels, the heart, lungs and abdominal organs. Despite the current limitation of the stickers requiring attachments to additional devices, the experts believe that their tool has immediate utility in hospital settings where such devices are readily available.

The end goal is to enable wireless operability for the ultrasound stickers in such a way that patients could take them home from their doctor’s office or have a prescription filled for their at-home use to capture images of various anatomical regions for a continuous period of time, Zhao explained.

“We envision a few patches adhered to different locations on the body, and the patches would communicate with your cellphone, where AI algorithms would analyze the images on demand. We believe we’ve opened a new era of wearable imaging: With a few patches on your body, you could see your internal organs.” 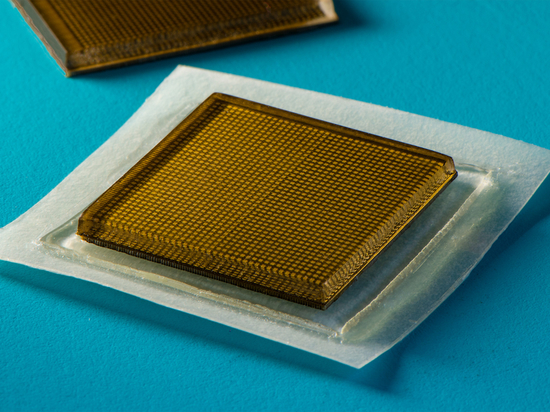