A new study by researchers at Shanghai Jiao Tong University reveals formic acid may be used as a sensitive urinary biomarker that can reveal early-stage Alzheimer’s disease (AD).

The findings could potentially pave the way for inexpensive and convenient large-scale screening. Yifan Wang, PhD, Qihao Guo, PhD, and colleagues reported on their study in Frontiers in Aging Neuroscience.

AD is the most common form of dementia, characterized by progressive cognitive and behavioral disorders, the authors explained. The main pathological features of AD include abnormal accumulation of extracellular β-amyloid (Aβ), abnormal accumulation of neurofibrillary tangles of Tau protein, and synaptic damage. However, the team continued, “The pathogenesis of AD is not fully understood.”

Alzheimer’s disease can remain undetected until it is too late to treat. “It is a continuous and concealed chronic disease, meaning that it can develop and last for many years before obvious cognitive impairment emerges,” said the authors. “The early stages of the disease occur before the irreversible dementia stage, and this is the golden window for intervention and treatment. Therefore, large-scale screening for early-stage Alzheimer’s disease is necessary for the elderly.”

While large-scale screening programs could help to detect early-stage disease, current diagnostic methods are too cumbersome and expensive, and not suitable for routine screening. Positron emission tomography-computed tomography (PET-CET) scans can detect early Aβ deposits, but are expensive and expose the patient to radiation, while biomarker tests that can help to diagnose Alzheimer’s disease require invasive blood draws or a lumbar puncture to obtain cerebrospinal fluid, which can be off-putting for patients.

Some studies have indicated that it may be possible to screen patients for urinary biomarkers of AD, the investigators noted. A urine test is noninvasive and convenient and would be well-suited for large-scale screening. But while scientists have identified urinary biomarkers for AD previously, none has been suitable to reveal the early stages of the disease, meaning that the golden window for early treatment remains elusive.

However, there was room for improvement in using formaldehyde as a biomarker for detecting early-stage disease. For their newly reported study, the team primarily focused on formic acid, a metabolic product of formaldehyde, to see if that performed better as a biomarker.

Interestingly, when the researchers analyzed urinary formic levels in combination with blood-based Alzheimer’s biomarkers, they found that they could more accurately predict what stage of the disease a patient was experiencing. However, further research is needed to understand the link between Alzheimer’s and formic acid.

Nevertheless, the authors concluded, “Urinary formic acid and formaldehyde levels could not only be used for differentiation between AD and NC, but also could improve the prediction accuracy of plasma biomarkers for disease stages of AD. Our systematic evaluation revealed the novel possibility of urinary formic acid as a potential biomarker for the early diagnosis of AD.” 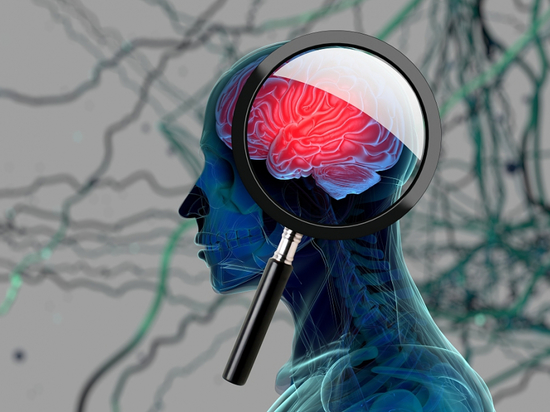