Ethylene Oxide (EtO) gas is one of the most common ways to sterilize medical devices, a safe, tightly controlled, highly regulated process which is critical for preventing infections and ensuring patients have safe surgeries and medical treatments.

Ethylene Oxide (EtO or EO) is a colorless gas used commercially in a wide variety of ways, including the production of textiles, personal care items, and the sterilization of medical devices, cosmetics, and spices. EtO is one of the most common ways to sterilize medical devices, which is crucial for preventing infection in patients undergoing surgical procedures and other medical treatments.

More than 50 percent of all medical devices are sterilized with EtO, and for many of those it is the only option known to modern science.

Hundreds of thousands of medical, hospital, and laboratory processes rely on EtO to sterilize devices and equipment to protect millions of patients from the real risks of infectious diseases caused by bacteria, viruses, and fungi. For the majority of these products, EtO sterilization is the most effective and efficient—and often the only viable—sterilization technology. The gentle yet thorough nature of EtO allows for the sterilization of many critical medical technologies and devices that would otherwise be destroyed and rendered unusable by other sterilization methods.

Many medical devices cannot be sterilized by methods other than EtO for the following reasons:

- Gamma and e-beam radiation can make plastics brittle, or cause certain non-woven materials to literally disintegrate

- Hydrogen peroxide and gas plasma are intended for small scale, surface sterilization only and cannot penetrate devices that have interior chambers or two surfaces that are in contact with each other (e.g., piston and barrel of a syringe)

EtO also has the unique ability to penetrate packaging and plastic without damaging them and effectively sterilize otherwise hard-to-sterilize product configurations (e.g., inside tubing, products that have two touching surfaces, connectors, etc.).

In addition to the high level of efficacy that EtO provides, it is highly compatible with a wide variety of medical device materials of various construction, enabling medical device companies to manufacture many devices that would not be possible without EtO. The high level of performance and effectiveness of medical devices when sterilized by EtO is well understood. If EtO could not be used for sterilization of healthcare products, there would certainly be significant, and likely disastrous, adverse public health consequences. Elimination of this sterilization technology would introduce the real risks of increased morbidity and mortality.

Strict government regulation controls EtO use in the U.S. FDA and other global regulators play an important role in ensuring that manufacturers’ sterilization methods are properly validated. FDA regulations, guidance and harmonized international standards include provisions that address the use of EtO and other sterilants for medical devices. Manufacturers must conduct exhaustive studies to demonstrate that the required sterility assurance levels are achieved by the process and to confirm that exposure to the sterilization process does not adversely affect the device’s performance, safety or effectiveness.

Manufacturers must comply with FDA’s Quality Systems Regulation (QSR) relative to the methods used in, and facilities and controls used for, designing, manufacturing, packaging, labeling, storing, installing and servicing of medical devices. This includes the use of contract sterilization firms, as the contract sterilizers are considered vendors and part of the regulated manufacturing process.

Manufacturers using established sterilization methods, such as EtO, comply with voluntary consensus standards recognized by FDA and other global regulatory authorities. An international standard (ISO 11135:2014) specifies requirements for the development, validation and routine control of an EtO sterilization process for medical devices in both the industrial and health care facility settings.

- Most surgeries involve at least one device that has been sterilized by EtO.

- As part of FDA’s Quality System regulation and other global requirements, manufacturers must validate that their sterilization processes are in compliance with international standards.

- To achieve device sterility, many medical devices rely on EtO. Eliminating or severely restricting the use of EtO could put patients at risk by threatening the health care supply chain.

About Ethylene Oxide and Sterilization

Ethylene oxide (EtO) is a versatile compound used in a variety of industrial applications and everyday consumer products, personal care items, as well as fabrics and textiles.

It is estimated that ethylene oxide sterilizes 20 billion medical devices each year, helping to prevent disease and infection. According to the FDA, this represents more than half of sterilized medical supplies in the United States, making EtO a key component in the nation’s healthcare industry supply chain.

For many medical devices, due to their size, shape, complexity or material composition, EtO is the only option for sterilization. For these products, alternatives such as steam, radiation or other sterilants do not achieve the needed levels of sterility assurance. In addition, for some medical devices, using non-EtO sterilization methods will result in material degradation, rendering the products potentially unsafe for patients.

Read the Laredo Morning Times op-ed from Terry Chang of AdvaMed, “What Laredo needs to know about ethylene oxide.”

What Scientific Experts Say About EtO

“[T]here is no cancer threat from the tiny amounts of ethylene oxide released from these sterilization plants.”

“To be clear – there are no actual scientific data that show that these [EtO] exposure levels result in cancer.”

—Lucy H. Fraiser, board-certified toxicologist (Diplomate of the American Board of Toxicology)

“Ethylene oxide has been, and is, extensively regulated. The rules that EPA first put into place to establish ethylene-oxide sterilization procedures were carefully designed and extremely stringent… As a result of these regulations, ethylene-oxide emissions remain incredibly low—far lower than a number of other potentially harmful HAPs, in fact.”

“There are avenues that might lead to replace ethylene oxide, but the standards aren’t there yet. If we’re going to get rid of [EtO] it’s going to take 10-20 years.”

“If there’s an ubiquitous ban on ethylene oxide today, we’re going to have a health crisis on our hands, because in very short time and order, sterile products won’t be available, and we don’t have an alternative to replace that today.”

“Currently, there are no validated industrial sterilisation alternatives that could completely replace EtO sterilisation, so additional closures of EtO processing facilities would have the potential to impair the U.S. healthcare system.”

Ethylene oxide is naturally present in the environment and is created by various sources, including plants and animals. The human body also converts ethylene to ethylene oxide and emits it during respiration. Natural levels of ethylene oxide vary across urban, suburban and rural environments; and result in human exposure.

EtO sterilization is a highly regulated process, and device manufacturers, hospitals and third-party sterilizers must follow rigorous controls established by EPA, OSHA and other government agencies (including state and local entities) to protect patients, workers and the environment.

While EtO is a recognized hazardous chemical, federal regulations and international guidance on emissions, residuals and worker safety allow for the safe and responsible use of EtO to sterilize medical products. Device manufacturers and sterilizers responsibly capture, remove, and destroy EtO with the best available technologies on the market today.

In many instances, companies exceed current mandates of 99% destruction; often achieving levels of 99.9% and higher. Industry continues to improve its application of abatement technologies and employs continuous improvement activities as appropriate.

A 2014 National Air Toxics Assessment (NATA) by the EPA used a flawed risk value for ethylene oxide that is not based on the best available science. The risk value was generated by EPA’s Risk Information System (IRIS) program, which neglected to consider certain comprehensive, highly relevant studies.

The risk value is far below levels found in nature. Is it 19,000 times lower than the naturally-created levels of EtO in the human body and is far lower than the concentrations found in ambient air in states where there are no EtO production or sterilization facilities.

Nonetheless, this flawed science has been used by activists as the basis for a misguided campaign seeking to stop EtO use—which directly compromises the nation’s ability to sterilize critical medical equipment. Sound science should always inform our public health decisions. However, the flawed IRIS assessment is being politized to create a needless public health crisis.

This is why we don’t have to rely on speculative assessments to determine whether or not EtO sterilization facilities currently pose a public health risk. There are continuous and up-to-date air quality monitoring reports that confirm – individuals and communities near EtO sterilization facilities are not exposed to any higher levels of EtO than anywhere in the country.

For example, areas in the state of Georgia are being monitored by state and federal authorities as part of continued efforts to qualify EtO levels in the air. This has resulted in vast amounts of air monitoring data that provide insights to actual levels of ethylene oxide (EtO) present in greater Atlanta and across Georgia.

As of Aug. 20, 2020, the Georgia Environmental Protection Division (EPD) released its latest EtO air monitoring data for a variety of areas around the state. This data shows that average levels of EtO in Covington, Ga. – where a sterilization facility exists – are exactly the same as the levels found in the rural General Coffee State Park and below levels found at EPD’s background monitoring station in South DeKalb, Ga. (approximately 30 miles from the Covington facility).

The data also reveals that average levels across the greater Atlanta area are about the same in areas where there are EtO sterilization facilities and areas where there are not. Consequently, the data suggests that those who live in communities with sterilization facilities are exposed to similar amounts of EtO as those who do not live near the facilities because of other sources of EtO, including naturally occurring sources.

*The Covington, Ga. average is the average of both EPD monitoring data from areas near BD’s sterilization facility and data from a third-party engineering company performing air monitoring around BD’s Global Distribution Center in Covington, as required by EPD. All raw data available at https://epd.georgia.gov/ethylene-oxide-information. 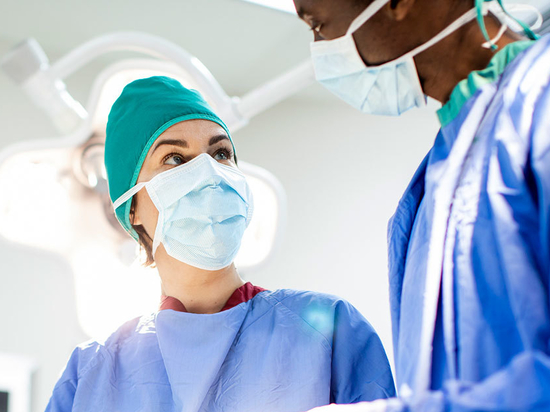