Obstructive sleep apnoea(OSA) may result in hypopnoea or apnoea during sleep.If left untreated, the condition may cause adverse health effects. Seeking to improve the quality of life of people with OSA, researchers have conducted a pilot study to evaluate the surgical outcomes and complications of segmental mandibular advancement (SMA). They found that almost all the patients experienced fewer respiratory disturbances after surgery and that half of them even recovered entirely from the disorder.

OSA is classified by severity, and patients who experience 15 interrupted breathing episodes or more per hour may require treatment, such as the use of a continuous positive air pressure ventilator or even surgery involving enlarging the patient’s airway by removing or repositioning soft tissue. Notably, jaw advancement surgery also results in changes to facial aesthetics, as it involves cutting and reshaping the mandibular bone and uprighting the anterior mandible. The surgery leads to an enlarged skeletal airway, improved facial aesthetics and a functional bite.

The study was conducted by researchers at the Faculty of Dentistry at the University of Hong Kong. It included 12 patients with moderate to severe OSA who underwent SMA. According to the researchers, the unique facial features of Eastern Asians was the primary motivation for using the method.

Eleven of the patients showed a 50% or more reduction in breathing disturbances at night one year after surgery, and seven no longer showed any signs of the disorder. Additionally, the surgery helped reduce the preoperative apnoea–hypopnoea index from 42.4 events per hour to nine events per hour on average. Finally, patients’ airway volume was found to have increased by 2.8 times after the surgery, and the researchers found that the surgery did not cause any major complications, which is why they deemed SMA a safe and effective procedure for patients with severe OSA.

“SMA has been used to correct facial deformities in Hong Kong, in particular the protrusive dentoalveolar features”

According to lead researcher Dr Mike Yiu-yan Leung, a clinical associate professor in oral and maxillofacial surgery at the university, the skeletal advancement procedure has long been used in medicine, but not to treat OSA.

“OSA is an emerging issue in our population that may bring severe health issues,” he told Dental Tribune International. “For many years, SMA has been used to correct facial deformities in Hong Kong, in particular the protrusive dentoalveolar features. This study is a proof of concept for the use of SMA to treat OSA, since it allows for a huge jaw advancement to open up the airway at the tongue base region,” he added.

“I think that patients with OSA and with short mandibles may benefit most from jaw advancement surgery if they cannot tolerate more conservative treatment such as continuous positive airway pressure therapy. Our study proposed a special method to advance the mandible when a large advancement is required. It is particularly useful for the Eastern Asian facial profile, where the anterior dentoalveolar is protrusive but the jaw is often small,” he stated.

Dr Leung also explained that patients often enjoy the change in facial aesthetics. “Although the aim of the surgery is to upright the anterior segment to create a large mandibular advancement, the result is usually a normalised facial profile,” he commented.

“We believe the pilot study has set a cornerstone for a larger-scale study that can observe the long-term effects of this technique and help us compare that with the other treatment methods for OSA,” co-author Dr Joan C.C. Wan, a researcher at the university, concluded.

The study, titled “Segmental mandibular advancement for moderate-to-severe obstructive sleep apnoea: A pilot study”, was published online on 29 November 2022 in the International Journal of Oral and Maxillofacial Surgery, ahead of inclusion in an issue. 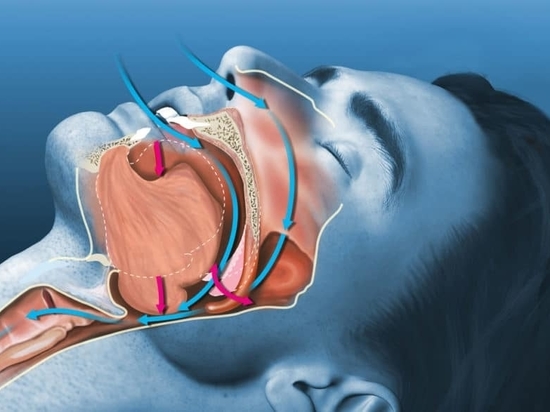 In a recent study, researchers were able to resolve over 50% of severe obstructive sleep apnoea cases with a novel application of jaw advancement surgery.