Fourteen of the top 23 U.S. hospitals are testing Apple technology, as they look to remote patient monitoring and to lower costs.

Fourteen of 23 top hospitals contacted by Reuters said they have rolled out a pilot program of Apple's HealthKit service – which acts as a repository for patient-generated health information like blood pressure, weight or heart rate – or are in talks to do so.

The pilots aim to help physicians monitor patients with such chronic conditions as diabetes and hypertension. Apple rivals Google (NSDQ:GOOG) and Samsung Electronics (LON:BC94), which have released similar services, are only just starting to reach out to hospitals and other medical partners.

Such systems hold the promise of allowing doctors to watch for early signs of trouble and intervene before a medical problem becomes acute. That could help hospitals avoid repeat admissions, for which they are penalized under new U.S. government guidelines, all at a relatively low cost.

The U.S. healthcare market is $3 trillion, and researcher IDC Health Insights predicts that 70% of healthcare organizations worldwide will invest by 2018 in technology including apps, wearables, remote monitoring and virtual care.

Those trying out Apple's service included at least 8 of the 17 hospitals on 1 list ranking the best hospitals, U.S. News & World Report's Honor Roll. Google and Samsung had started discussions with just a few of these hospitals.

Apple's HealthKit works by gathering data from sources such as glucose measurement tools, food and exercise-tracking apps and Wi-Fi connected scales. The company's Apple Watch, due for release in April, promises to add to the range of possible data, which with patients' consent can be sent to an electronic medical record for doctors to view.

Ochsner Medical Center in New Orleans has been working with Apple and Epic Systems, Ochsner's medical records vendor, to roll out a pilot program for high-risk patients. The team is already tracking several hundred patients who are struggling to control their blood pressure. The devices measure blood pressure and other statistics and send it to Apple phones and tablets.

"If we had more data, like daily weights, we could give the patient a call before they need to be hospitalized," said chief clinical transformation officer Dr. Richard Milani.

Sumit Rana, chief technology officer at Epic Systems, said the timing was right for mobile health tech to take off.

"We didn't have smartphones 10 years ago; or an explosion of new sensors and devices," Rana said.

Apple has said that over 600 developers are integrating HealthKit into their health and fitness apps.

Many of the hospitals told Reuters they were eager to try pilots of the Google Fit service, since Google's Android software powers most smartphones. Google said it has several developer partners on board for Fit, which connects to apps and devices, but did not comment on its outreach to hospitals.

Samsung said it is working with Boston's Mass. General Hospital to develop mobile health technology. The firm also has a relationship with the University of California's San Francisco Medical Center.

Apple's move into mobile health tech comes as the Affordable Care Act and other healthcare reform efforts aim to provide incentives for doctors to keep patients healthy. The aim is to move away from the "fee-for-service" model, which has tended to reward doctors for pricey procedures rather than for outcomes.

Still, hospitals must decide whether the difficulty of sorting through a deluge of patient-generated data of varying quality is worth the investment.

"This is a whole new data source that we don't understand the integrity of yet," said William Hanson, chief medical information officer at the University of Pennsylvania Health System.

The company said it had an "incredible team" of experts in health and fitness and was talking to medical institutions, healthcare and industry experts on ways to deliver its services.

A few hospitals are also exploring how to manage the data that is flowing in from health and fitness-concerned patients, whom many in Silicon Valley refer to as the "worried well."

Beth Israel's Halamka said that many of the 250,000 patients in his system had data from sources such as Jawbone's Up activity tracker and wirelessly connected scales.

"Can I interface to every possible device that every patient uses? No. But Apple can," he said.

Cedars-Sinai hospital in Los Angeles is developing visual dashboards to present patient-generated data to doctors in an easy-to-digest manner.

Experts say that there will eventually be a need for common standards to ensure that data can be gathered from both Apple's system and its competitors.

"How do we get Apple to work with Samsung? I think it will be a problem eventually," said Brian Carter, a director focused on personal and population health at Cerner (NSDQ:CERN), an electronic medical record vendor that is integrated with HealthKit. 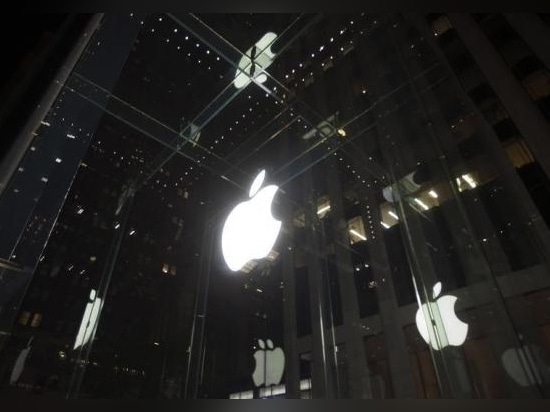