What is Balance? Physical and Vestibular Therapy

Good balance is often taken for granted. Most people don’t find it difficult to walk across a gravel driveway, transition from walking on a sidewalk to grass, or get out of bed in the middle of the night without stumbling. However, with impaired balance such activities can be extremely fatiguing and sometimes dangerous. Symptoms that accompany the unsteadiness can include dizziness, vertigo, hearing and vision problems, and difficulty with concentration and memory.

Balance is the ability to maintain the body’s center of mass over its base of support (Figure 1). A properly functioning balance system allows humans to see clearly while moving, identify orientation with respect to gravity, determine direction and speed of movement, and make automatic postural adjustments to maintain posture and stability in various conditions and activities. Balance is achieved and maintained by a complex set of sensorimotor control systems that include sensory input from vision (sight), proprioception (touch), and the vestibular system (motion, equilibrium, spatial orientation); integration of that sensory input; and motor output to the eye and body muscles. Injury, disease, certain drugs, or the aging process can affect one or more of these components. In addition to the contribution of sensory information, there may also be psychological factors that impair our sense of balance.

Figure 1 – Example of the center of mass in balance and outside the base of support (unstable - person will fall).

Maintaining balance depends on information received by the brain from three peripheral sources: eyes, muscles and joints, and vestibular organs (Figure 2). All three of these information sources send signals to the brain in the form of nerve impulses from special nerve endings called sensory receptors.

Figure 2 – The human balance system: balance is achieved and maintained by a complex set of sensorimotor control systems.

4. Input from the eyes

Sensory receptors in the retina are called rods and cones. Rods are believed to be tuned better for vision in low light situations (e.g. at night time). Cones help with color vision, and the finer details of our world. When light strikes the rods and cones, they send impulses to the brain that provide visual cues identifying how a person is oriented relative to other objects. For example, as a pedestrian takes a walk along a city street, the surrounding buildings appear vertically aligned, and each storefront passed first moves into and then beyond the range of peripheral vision.

5. Input from the muscles and joints

Proprioceptive information from the skin, muscles, and joints involves sensory receptors that are sensitive to stretch or pressure in the surrounding tissues. For example, increased pressure is felt in the front part of the soles of the feet when a standing person leans forward. With any movement of the legs, arms, and other body parts, sensory receptors respond by sending impulses to the brain. Along with other information, these stretch and pressure cues help our brain determine where our body is in space. The sensory impulses originating in the neck and ankles are especially important. Proprioceptive cues from the neck indicate the direction in which the head is turned. Cues from the ankles indicate the body’s movement or sway relative to both the standing surface (floor or ground) and the quality of that surface (for example, hard, soft, slippery, or uneven).

6. Input from the vestibular system

Sensory information about motion, equilibrium, and spatial orientation is provided by the vestibular apparatus, which in each ear includes the utricle, saccule, and three semicircular canals. The utricle and saccule detect gravity (information in a vertical orientation) and linear movement. The semicircular canals, which detect rotational movement, are located at right angles to each other and are filled with a fluid called endolymph. When the head rotates in the direction sensed by a particular canal, the endolymphatic fluid within it lags behind because of inertia, and exerts pressure against the canal’s sensory receptor. The receptor then sends impulses to the brain about movement from the specific canal that is stimulated. When the vestibular organs on both sides of the head are functioning properly, they send symmetrical impulses to the brain.

Balance information provided by the peripheral sensory organs – eyes, muscles and joints, and the two sides of the vestibular system – is sent to the brain stem. There, it is sorted out and integrated with learned information contributed by the cerebellum (the coordination center of the brain) and the cerebral cortex (the thinking and memory center). The cerebellum provides information about automatic movements that have been learned through repeated exposure to certain motions. For example, by repeatedly practicing serving a ball, a tennis player learns to optimize balance control during that movement. Contributions from the cerebral cortex include previously learned information; for example, because icy sidewalks are slippery, one is required to use a different pattern of movement in order to safely navigate them, see Figure 3.

A person can become disoriented if the sensory input received from his or her eyes, muscles and joints, or vestibular organs sources conflicts with one another. For example, this may occur when a person is standing next to a bus that is pulling away from the curb. The visual image of the large rolling bus may create an illusion for the pedestrian that he or she – rather than the bus is moving. However, at the same time the proprioceptive information from his muscles and joints indicates that he is not actually moving. Sensory information provided by the vestibular organs may help override this sensory conflict. In addition, higher level thinking and memory might compel the person to glance away from the moving bus to look down in order to seek visual confirmation that his body is not moving relative to the pavement.

As sensory integration takes place, the brain stem transmits impulses to the muscles that control movements of the eyes, head and neck, trunk, and legs, thus allowing a person to both maintain balance and have clear vision while moving.

10. Motor output to the muscles and joints

A baby learns to balance through practice and repetition as impulses sent from the sensory receptors to the brain stem and then out to the muscles form a new pathway. With repetition, it becomes easier for these impulses to travel along that nerve pathway – a process called facilitation – and the baby is able to maintain balance during any activity. Strong evidence exists suggesting that such synaptic reorganization occurs throughout a person’s lifetime of adjusting to changing motion environs.

This pathway facilitation is the reason dancers and athletes practice so arduously. Even very complex movements become nearly automatic over a period of time. This also means that if a problem with one sensory information input were to develop, the process of facilitation can help the balance system reset and adapt to achieve a sense of balance again.

For example, when a person is turning cartwheels in a park, impulses transmitted from the brain stem inform the cerebral cortex that this particular activity is appropriately accompanied by the sight of the park whirling in circles. With more practice, the brain learns to interpret a whirling visual field as normal during this type of body rotation. Alternatively, dancers learn that in order to maintain balance while performing a series of pirouettes, they must keep their eyes fixed on one spot in the distance as long as possible while rotating their body.

11. Motor output to the eyes

The human balance system involves a complex set of sensorimotor-control systems. Its interlacing feedback mechanisms can be disrupted by damage to one or more components through injury, disease, or the aging process. Impaired balance can be accompanied by other symptoms such as dizziness, vertigo, vision problems, nausea, fatigue, and concentration difficulties.

The complexity of the human balance system creates challenges in diagnosing and treating the underlying cause of imbalance. The crucial integration of information obtained through the vestibular, visual, and proprioceptive systems means that disorders affecting an individual system can markedly disrupt a person’s normal sense of balance. Vestibular dysfunction as a cause of imbalance offers a particularly intricate challenge because of the vestibular system’s interaction with cognitive functioning, and the degree of influence it has on the control of eye movements and posture.

You may also like check: 12 Protocols for Balance Assessment with force/pressure plate. 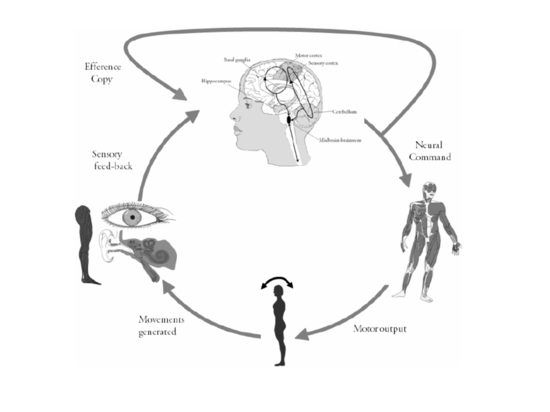 Balance System. What is Balance.

Balance is the ability to maintain the body’s center of mass over its base of support. A properly functioning balance system allows humans to see clearly while moving, identify orientation with respect to gravity, determine direction and speed of movement, and make automatic postural adjustments to maintain posture and stability in various conditions and activities. Balance is achieved and maintained by a complex set of sensorimotor control systems that include sensory input from vision (sight), proprioception (touch), and the vestibular system (motion, equilibrium, spatial orientation); integration of that sensory input; and motor output to the eye and body muscles. Injury, disease, certain drugs, or the aging process can affect one or more of these components. In addition to the contribution of sensory information, there may also be psychological factors that impair our sense of balance.

1- What is it? Posturography is a non-evasive technique that quantifies an individual's balance behavior in upright stance. As mentioned in previous articles (What is Balance?), balance is achieved and maintained by a complex set of sensorimotor control systems, which includes the visual, somatosensory and vestibular systems. It is through their integration in real time... 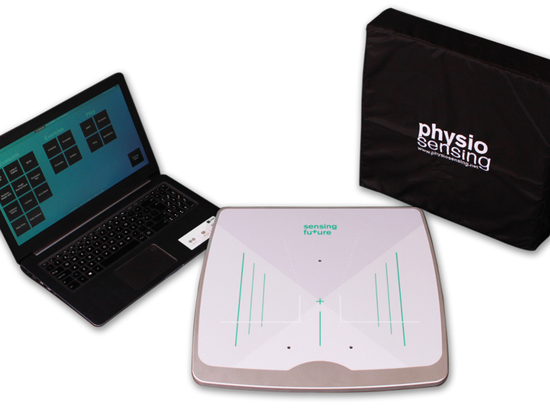 We created a new approach to balance assessment: Total Balance Pro 1- The motive behind As we explained before in one of our articles, balance is the ability to maintain the body’s center of mass over its base of support. Balance is achieved and maintained by a complex set of sensorimotor control systems that include sensory input from vision (sight), proprioception (to... 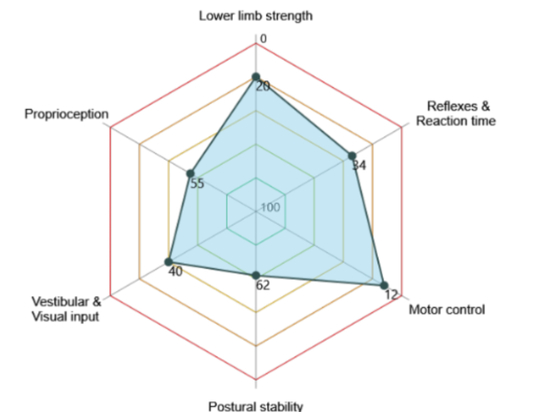 A look at the Balance Error Scoring System with force/pressure platform The Balance Error Scoring System (BESS) is a well-known tool to evaluate the effects of a head injury on static postural stability, or standing still in different positions. This protocol is often used in athletes after sport-related concussions or mild traumatic brain injuries (TBIs) [1]. BESS wa... 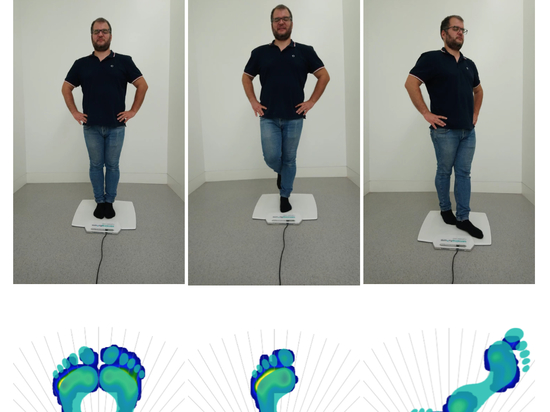 A completely redesigned version, PhysioSensing Balance Software´21 was already released, after a long journey of new developments and software improvements. PhysioSensing Balance Software´21, after 10 years of development and experience, is now a powerful balance software analysis tool. We are updating it to all our clients. In this version, you can find: A new des... 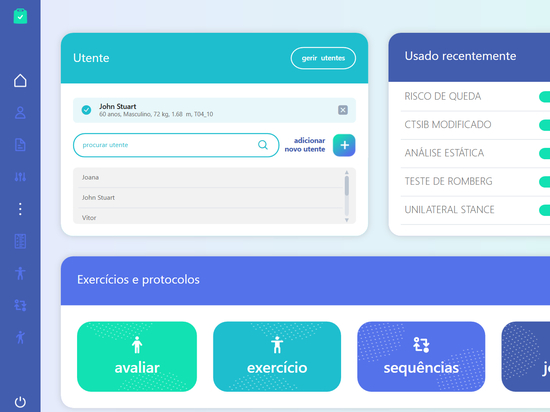 What's new in Balance Software ´21 version? What's new in Balance Software ´21 version?
*Prices are pre-tax. They exclude delivery charges and customs duties and do not include additional charges for installation or activation options. Prices are indicative only and may vary by country, with changes to the cost of raw materials and exchange rates.
Compare
Remove all
Compare up to 10 products