This a replication and extension of a previous study that aimed to increase cardiac arrest survival rates by utilizing the SmartMan manikin simulator to improve cardiopulmonary resuscitation (CPR) training across an entire system. CPR performance data was reviewed and overall survival and Cerebral Performance Category (CPC) scores were compared to the national Cardiac Arrest to Enhance Survival (CARES) cohort. After a focused CPR training program the percentage of cardiac arrest patients who survived to hospital discharge within the study area, compared to the prior two-year benchmark, increased by 122% - from 8.1% to 18.0%. The increase in percentage of survivors for the duration of the training program, 2013-2016, when compared to the CARES cohort, was statistically significant (9.9% vs. 15.5%, p<.01). The increase in number of survivors with CPC scores of 1 or 2 (favorable neurological function) compared to the CARES cohort was also statistically significant (p<.01) (t-value 8.21761, p-value .000088). This study showed that the results achieved in the previous study could be replicated and improved upon. Training with the SmartMan manikin simulator with its visual color feedback system was successful in increasing the number of cardiac arrest survivors.

Cardiovascular disease is responsible for an estimated 30% of global mortality, and 50% of those deaths are Sudden Cardiac Death.1 Survival from out-of-hospital cardiac arrest is less than 1% globally and 5% in the United States and has not improved over the last 30 years.2 Human and animal studies have identified continuous high-quality chest compressions to be an essential component in successful resuscitation.3 In our previous work we found that: 1) chest compression performance by on-duty EMS personnel with traditional CPR training was poor but improved substantially after a brief training session with the SmartMan visual-feedback training manikin simulator4, and 2) a system-wide SmartMan CPR training project improved cardiac arrest survival.5

The studies were performed in a California, USA region with an overall population of 1.4 million. Regional Emergency Medical Services (EMS) treats approximately 600 cardiac arrests from presumed cardiac etiology annually. There are two independent systems within the region. System 2 EMS began measuring cardiac arrest survival rates upon joining the nation-wide Cardiac Arrest Registry to Enhance Survival (CARES) program in 2010. In the first two years after joining this program survival rates were at or below the CARES cohort average and substantially less than in System 1. This investigation in System 2 was designed to replicate the improved survival rates reported in System 1.

This was a prospective evaluation of EMS system performance for patients in cardiac arrest. The

System 1. The CARES program provides an objective benchmark as it standardizes cardiac arrest

evaluation and reporting. All counties or cities in the program submit data into a single large

SmartMan simulator to train all System 2 EMS personnel. The SmartMan system was selected

because: 1) it uniquely provided visual feedback at the conclusion of every compression, 2) it

performance was immediately available for analysis, and 4) it was successfully utilized in System 1.

Training was conducted during December 2011.

minimum score of 80% and recommended refresher training every 6 months. This study in System 2

also used 200 compressions but the target achievement scores was established at 85%, and

refresher training was recommended for every 3 months. Testing of performance levels was

The baseline survival rates were from 2011-12, the two years after System 2 had joined the CARES

program. In the National CARES cohort the survival rate for cardiac arrest due to cardiac etiology for

There was an immediate and substantial increase in survival rates in cardiac arrest patients. We

Introduction of the training showed a direct measurable increase within the first year. Table 1 shows

the year end improvement in survival rates for System 2; a 122% increase in survival. 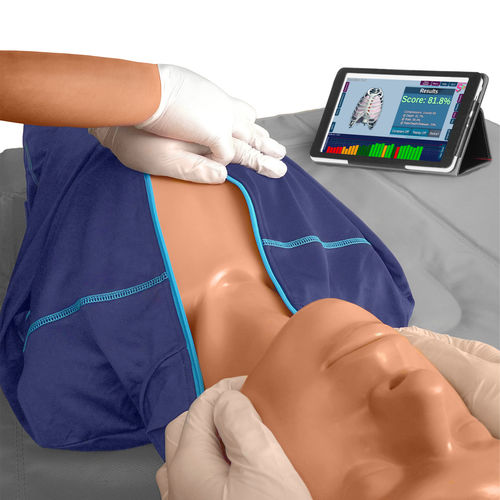 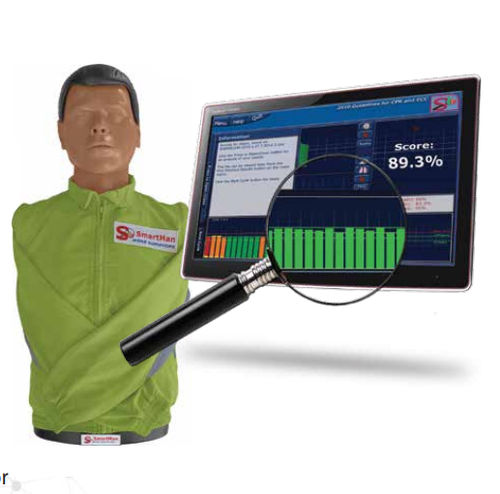 Monitor up to 8 manikins at once! - All of SmartMan's award winning feedback on one oversight monitor.

SmartMan presents the new Multi-Manikin Viewer. This software is designed to be used by an oversight supervisor. It allows a trainer or supervisor to view up to 8 different trainees' performance session all at once on one single device. The trainee still receives the fundamental philosophy of our award winning real time feedback for high quality training. The supe... 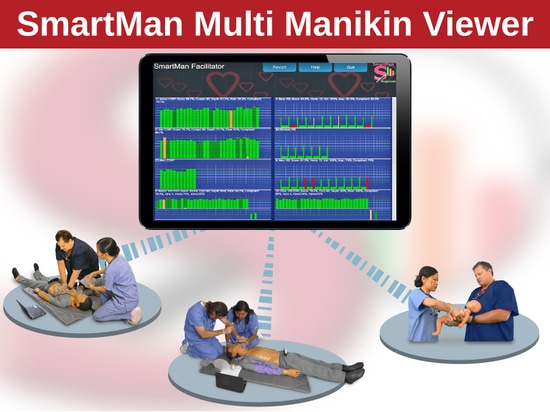 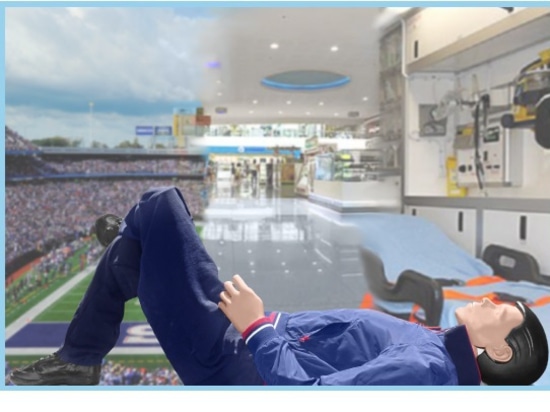 • Develop High Level Competence to Perform Key Difficult Airway Management Procedures with Various Degrees of Response for Patients • Provide Centers with a Pool of UpSkilled Workers who can be called upon during a COVID-19 Surge in Response to Acute Respiratory Distress and Sudden Cardiac Arrest • Perfect Best Practice Skills with New Teams to Improve Cooperation and ... 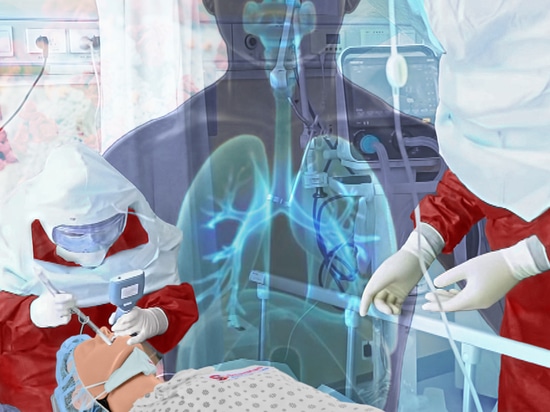 The SMARTMAN RSIM’s are designed to be the affordable Simulators that perform to a high standard for the things that most people have to do on a repeat basis. “All simulations relate performance to the condition of the patient” The TASK Simulator has the extra features so that key skills reach the threshold of performance indicated in the science that are required ... 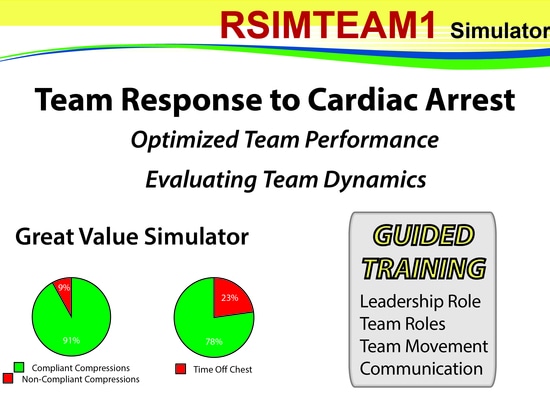