The demand for medical technology will increase substantially up until 2020, according to latest estimates. Particularly in emerging markets such as China, Brazil and India, stable trends in income and population development give rise to a long-term positive outlook. Manufacturers of medical technology have long considered China to be their most important market in Asia. WEINMANN Emergency also tends to its network in the Asian megalopolis. Qualified experts in subsidiaries in Singapore and Shanghai and participation in trade shows are among the best instruments for watching the markets and acquiring customers.

WEINMANN Emergency successfully presented itself at "China MED" in Beijing in March this year and at "China Medical Equipment Fair (CMEF)" in Shenzhen in October. In addition to exhibiting at trade shows, WEINMANN Emergency participated in conventions such as the "9th Chinese-Germany Symposium for military medicine" in Beijing. Many officers from the German armed forces also took part in the symposium in September. Thanks to the close contact that WEINMANN Emergency has with both the German armed forces and the Chinese army, new contacts could be made and information shared on the subject of international military medicine.

Demand is increasing for medical technology products beyond the military segment, according to the latest forecasts. Given the rising level of income in China, the need in the public health care sector is also growing. The accompanying higher concentration of doctors and hospitals implies additional need for medical equipment. WEINMANN Emergency will continue to work closely with its business partners in Asia to keep pace strategically and economically with the growing market volume. 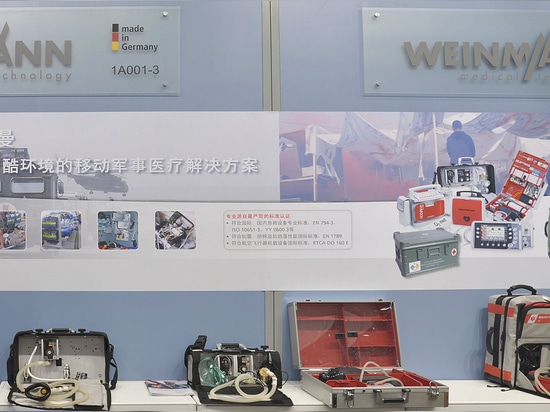 Hamburg – In an emergency situation the patient's survival depends on quickly and effectively clearing the airways and keeping them clear. For decades ACCUVAC has been synonymous with reliability and safety in airway suctioning. In the new, fourth generation of ACCUVAC, WEINMANN Emergency brings the proven suction pump to state-of-the-art technology.

The new models – ACCUVAC Pro and ACCUVAC Lite– can be used intuitively, flexibly and immediately. ACCUVAC Pro rapidly clears airways by suctioning the mouth and throat or endotracheal or bronchial areas in babies, juveniles and adults. With four pre-defined suction levels, the suction capacity of the ACCUVAC Pro can be adjusted quickly to the ideal setting. The ACCUVAC P... 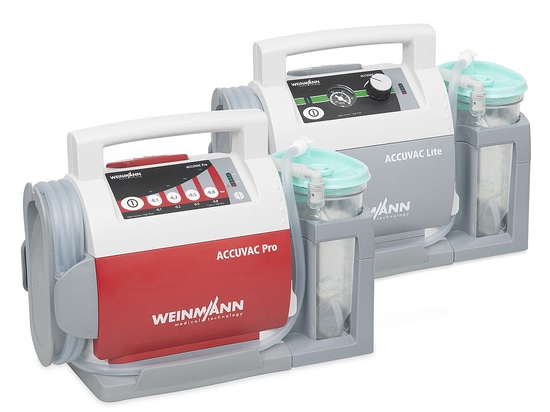 In just a few weeks Europe''s leading trade fair for emergency medical services and mobility will take place for the 15th time. Last year more than 25,000 visitors took advantage of the opportunity to gather information right from the source. You are cordially invited to visit us at our stand (Hall G, Stand 1303). What''s new? - LIFE BASE 1 NG XS – the smallest and ... 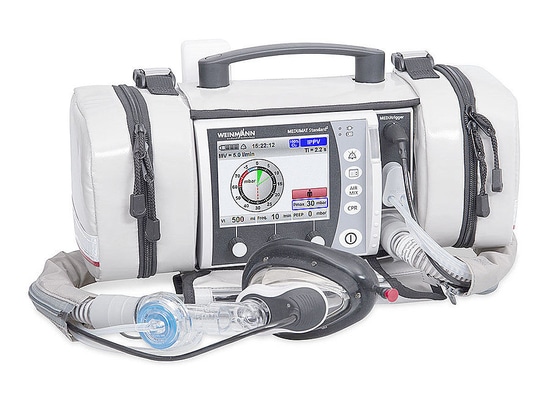 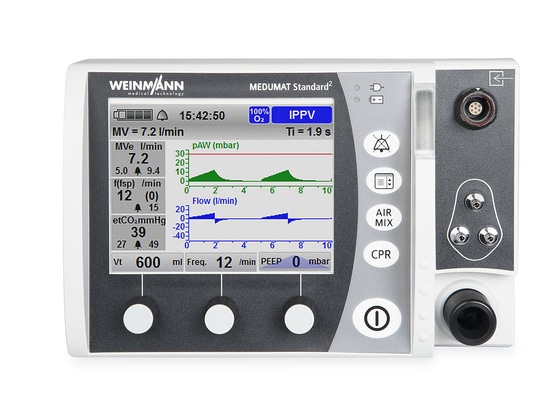 The ventilation hose can be secured so that it does not fall during ventilation with MEDUMAT Standard² or MEDUMAT Transport. Simply attach the clip to a piece of clothing, bed covering or belt. During CPAP use with MEDUMAT Standard², the cable on the MEDUtrigger can be fastened to the clip to prevent it from catching on the headgear of the CPAP mask. The strap can be... 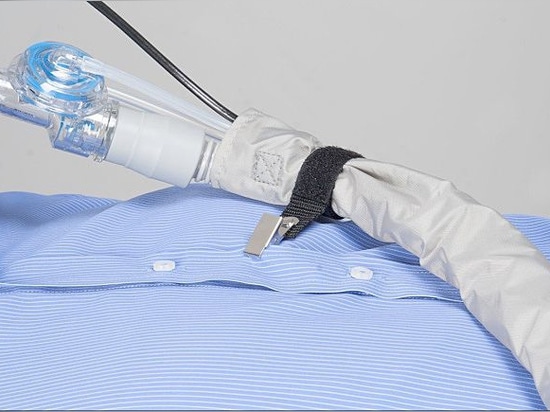