Giardia and cryptosporidium is protogenesis parasite which danger to water quality. They can spread by drinking water and food, since its oocyst and sporocyst surface are covered by thick capsule, they have strongly environment resistance ability, routine disinfecting process can not effectively kill them. Since the year of 1976, epidemic caused by those two parasites were happened intermittently, such as in 1993 America City Milwaukee, about 400 thousand people infected two parasites, 160 people died. While at China, it happened also, to make sure drinking water quality safety, Chinese government build up testing standard of giradia and cryptosporidium must be <1/10L.

Use with MSHOT MS23 scientific camera special for fluorescence diagnostic, people can can capture the image. Below are giardia and crytosporidium photos. 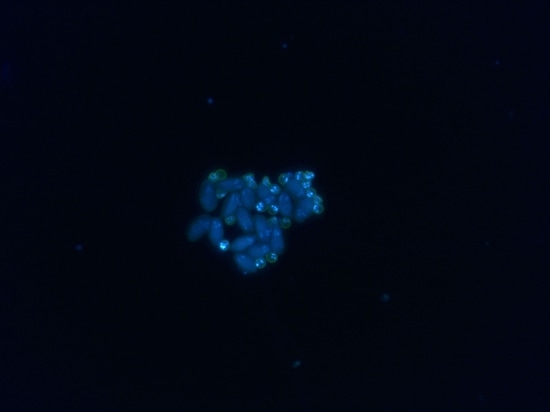 The giardia in water can be stained by DAPI , the DAPI is excited by LED UV microscope and show bright color.

The giardia stanined by FITC and observed under Blue excitation LED fluorescence microscope.

Fungi diagnose is one of the ideal application from LED fluorescence microscope, which takes use of UV excitation group. Hypha is a tubular single filamentous structure of fungi, also a structure of unrelated actinomycetes. 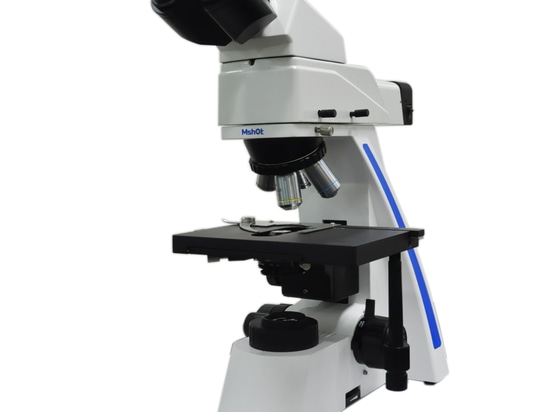 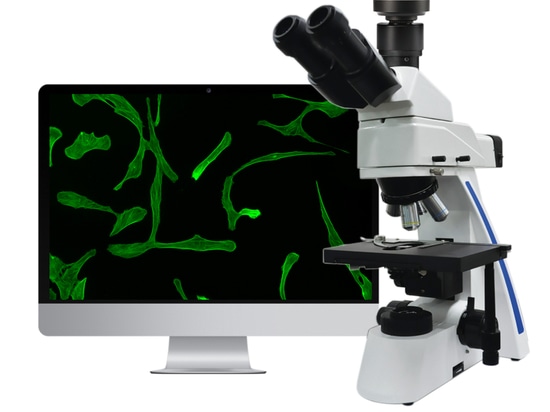 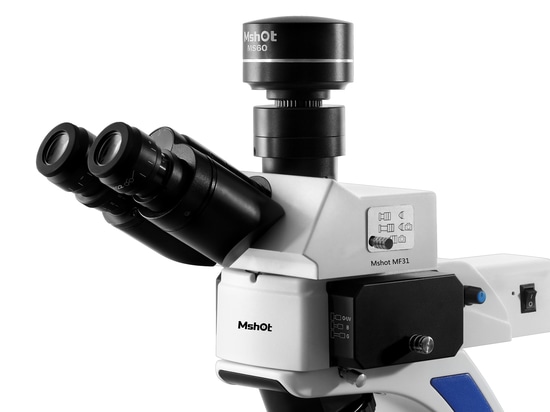 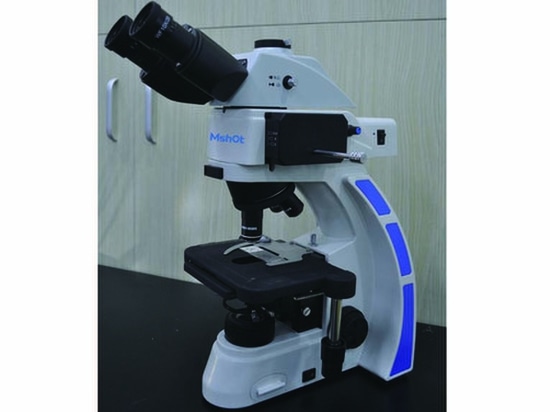